Sponsored by the Office of Equity, Diversity and Inclusion, this series of speakers is intended to support meaningful discussion inside and outside the classroom, as part of an ongoing college-wide commitment of equity and cultural wealth, resistance and resilience. The 2021-2022 Speaker Series recognizes and gives greater visibility to Men of Color and issues of race and gender inequity they often experience in education and employment, family and mentorship, violence and health, civil rights and criminal justice. 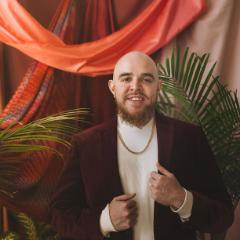 José Olivarez’s debut book of poems, Citizen Illegal (2018), won the 2018 Chicago Review of Books Poetry Prize and was a finalist for the PEN/Jean Stein Award. He is the co-author of Home Court (2014), and the co-host of the poetry podcast, The Poetry Gods. The son of Mexican immigrants, Olivarez earned a BA from Harvard University; he has received fellowships from CantoMundo, Poets House, the Bronx Council on the Arts, the Poetry Foundation and the Conversation Literary Festival. In 2019, he was awarded a Ruth Lilly and Dorothy Sargent Rosenberg Poetry Fellowship from the Poetry Foundation. His work has been featured in BreakBeat Poets, the Adroit Journal, the Rumpus, Hyperallergic, The Paris Review and elsewhere. He is a coeditor of BreakBeat Poets 4: LatiNEXT (Haymarket Books). He is the 2021-2022 BHCC One Book Program author. 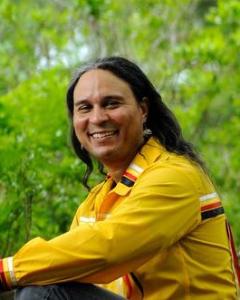 Larry Spotted Crow Mann is an author, musician and a citizen of the Nipmuc Tribe of Massachusetts. An award-winning writer, poet, cultural educator, traditional storyteller, tribal drummer/dancer and motivational speaker, he travels throughout the United States, Canada and parts of Europe to schools, colleges, pow wows and other organizations sharing the music, culture and history of Nipmuc people. He has lectured at universities throughout New England on issues ranging from Native American sovereignty to identity. Mann is co-director of the Ohketeau Cultural Center, founder of the Native Youth Empowerment Foundation, and a former board member of Nipmuc Cultural Preservation, which promotes the cultural, social and spiritual needs of Nipmuc people. Mann serves as a review committee member, at the Native American Poets Project at the Peabody Museum of Archaeology & Ethnology. His books include Tales from the Whispering Basket, The Mourning Road to Thanksgiving and Drumming & Dreaming, a collection of Nipmuc legends shared through the Voice of Crow and Bear. He is the 2021-2022 BHCC Distinguished Artist Scholar in Residence. 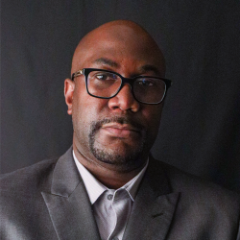 The murder of George Floyd, a Black man, by a Minneapolis police officer on May 25, 2020, shocked the nation and launched the largest protest marches and rallies for racial justice and civil rights in a generation. Philonise Floyd, the younger brother of George Floyd, was thrust into the national spotlight even as he grieved the loss of his brother. Philonise Floyd has turned his sorrow and anger into activism, speaking around the country about violence against Black people by police. He has founded an organization named PAKFISC, which is meant to support similar victims like George Floyd. He has testified at the United Nations and before the U.S. Congress. “I’m tired of the pain I’m feeling now and I’m tired of the pain I feel every time another black person is killed for no reason. I’m here today to ask you to make it stop,” he told Congress. Sean K. Ellis spent nearly 22 years in prison for a crime he did not commit. At age 19, Ellis was convicted or the 1993 robbery and murder of a Boston Police detective, based on scant evidence and a witness statement that was later discovered to have been coerced by police officers. His first two trials ended in hung juries; he was convicted at a third trial. Sentenced to life in prison, Sean always proclaimed his innocence. In 2015, a judge ruled “justice was not done,” overturned his convictions, and freed him on bail. The Commonwealth of Massachusetts opted to try him again. Finally, in December 2018, the Suffolk County District Attorney dropped all charges but stopped short of fully exonerating him. In November 2020, Netflix released “Trial 4,” an original, eight-part documentary series about the Sean Ellis case produced by Gaumont and What’s Up Film. Ellis now works full time as a development associate at the Boston non-profit Community Servings and is a Community Fellow in Tufts University’s Institute for Nonprofit Practice. He speaks frequently about his experiences, including at events sponsored by the New England Innocence Project, for which he is a trustee. 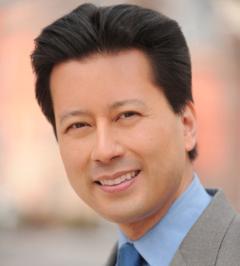 Kenji Yoshino is the Chief Justice Earl Warren Professor of Constitutional Law at NYU School of Law and the director of the Center for Diversity, Inclusion and Belonging. A graduate of Harvard (AB summa cum laude), Oxford (MSc as a Rhodes Scholar), and Yale (JD), he specializes in constitutional law, antidiscrimination law, and law and literature. He is the author of three books: Covering: The Hidden Assault on Our Civil Rights; A Thousand Times More Fair: What Shakespeare’s Plays Teach Us About Justice; and Speak Now: Marriage Equality on Trial. Yoshino has published in major academic journals, including the Harvard Law Review, the Stanford Law Review and the Yale Law Journal, and won numerous awards for his scholarship and teaching, including the American Bar Association’s Silver Gavel Award in 2016 and the Podell Distinguished Teaching Award in 2014.