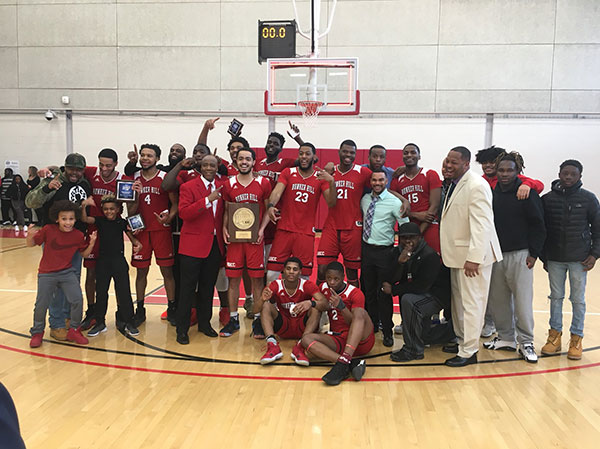 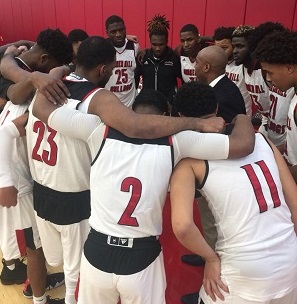 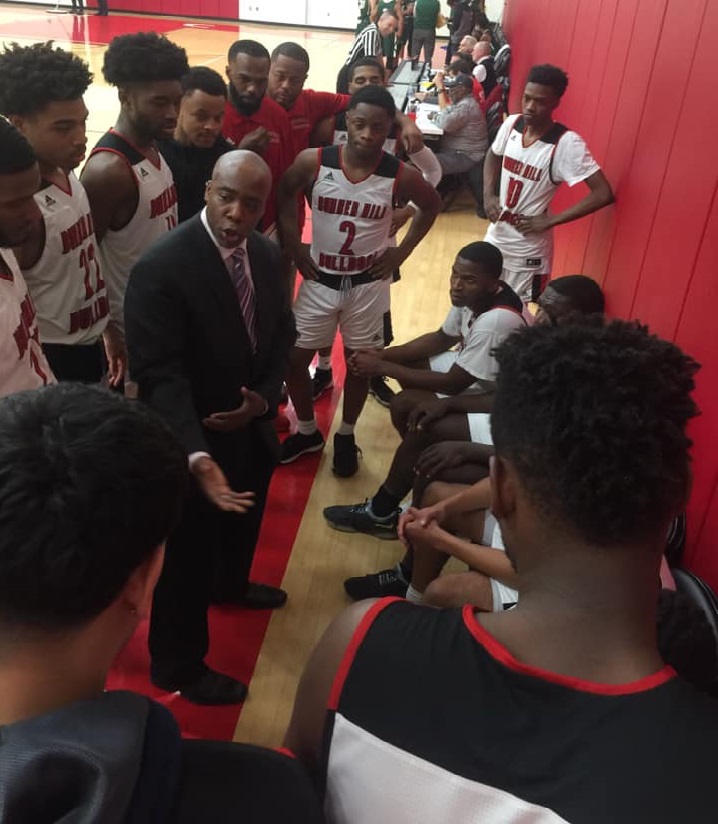 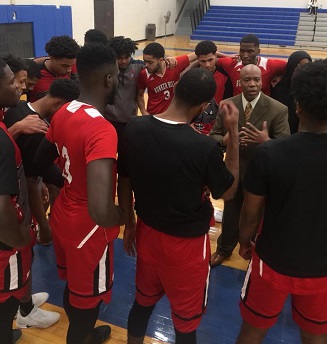 Players who is interested in joining the team: must be vaccinated, have a current sports physical must have minimum of 12 credits.

For more Information about the team, please  fill out the Prospective Athletic Form‌, contact the Athletics department at 617-228-3443, or e-mail Head Coach Nkrumah Jones at nijones@bhcc.edu.

Nkrumah Jones is entering his 13th year as a college basketball coach, coaching the last 8 years at Bunker Hill Community College. During his tenure Jones has transformed the BHCC men's basketball program into a nationally recognized program. In each of the last two years BHCC has been ranked in the Top 15 from pre season-post season by the NJCAA(National Junior College Athletic Association).

Under Jones’ direction the Bulldogs have won back to back (2016,2017) Massachusetts Community College Athletic Conference(MCCAC) state titles , a program first.

In 2015-16, the program reached the NJCAA nationals for the first time in 11 years after winning the Region XXI title with a record of 25-10.

In each of his seasons at the helm, Coach Jones’ teams have qualified for postseason play.

Jones has set a mission for the basketball program that “at BHCC our goal is to be a program of well rounded student-athletes. The junior college route can be a great foundation to get to a 4 year school and we strive to be a very competitive and gracious team of competitors, that seek to perform at high levels on and off the court ”.

Prior to arriving at Bunker Hill, Jones was an assistant coach at Salem State University for Chris Harvey. At SSU, Jones was instrumental in the recruitment of numerous (MASCAC) All Conference student-athletes, including 2-time Conference player of the year Brian Clark who currently plays professionally in Portugal and 2-time conference player of year Dylan Holmes.

During his time at SSU, Jones helped direct a program that qualified for two NCAA D3 tournament appearances, with a Sweet 16 run in 2008-09.

Coach Jones also ran the Greater Boston Lions (GBL) one of the most successful AAU programs in New England from 2001-2015. The GBL has numerous college basketball alumni that range from D1 to Juco student-athletes.

Jones also was a lead instructor at the well renowned Hoop Group (Eastern Invitational)Basketball camps and clinics from 1999-2014.

Jones is an alumni of BHCC and had great success as a player under Coach Peter Saitta, receiving numerous D2 scholarship offers after his playing days at BHCC were completed.

Nkrumah works as an educator in the Cambridge Public schools.