Education:
PhD with Double Emphasis on Performance Studies and Film Studies from University of California, Davis

Proshot Kalami received her PhD with Double Emphasis on Performance Studies and Film Studies from University of California, Davis, and currently teaches in English, Communication, and Performing Arts at Bunker Hill Community College. 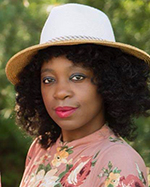 Ayshia E. Stephenson is a director, playwright and award-winning poet from Brooklyn, NY. With an MFA from the California Institute of Arts and a PhD in Communication from the University of Massachusetts Amherst; Ayshia uses media and performance to investigate human rights, culture and sexuality.

Ayshia has taught in South Korea and Poland, she believes in the global classroom. She has held full-time visiting professorships at Salem State University in Massachusetts, Eastern Nazarene College, and Seoul National University in Seoul, South Korea. She won the "Imaginary Friend Press Full-Length Book Award" for her book of ethnographic poems about life in South Korea, black hands of a morning calm. Her play, Venus Hottentot, premiered at Jewel Box Theatre's "Midtown International Theatre Festival" in NYC. She is the Executive Director of Performing Fusion Theatre, a Boston-based theatre company that promotes multiculturalism. Her critical and creative work have appeared in Black Camera, Qualitative Inquiry, Boston University Press, Open to Interpretation, Imaginary Friends Press, A Gathering of the Tribes, International Review of Qualitative Research, and is forthcoming in Research and Drama Education.

Jen works to connect and challenge our world with honest, playful theatre. A freelance actor, director, teacher, coach, playwright, and mom, she currently teaches Acting at Bunker Hill Community College and acts and directs in Greater Boston on stage, screen and microphone. She serves on StageSource's Gender Parity and Line Drawn Initiatives, combating gender discrimination and sexual harassment in the theatre community.

Recently, she has performed historic plays about social justice issues as a company member of Theatre Espresso; directed at Merrimack College's On Stagers, Beaver Country Day Upper School, the Winsor School, and both Newton North and South High Schools; and taught theatre at Wheelock Family Theatre and in several public schools. Favorite theatre roles include Rosalind in As You Like It which she produced as Merely Players; Hermia in Midsummer Night's Dream, Dogberry in Much Ado About Nothing (It's a Fiasco); Legally Dead (Boston Playwrights' Theatre); Kate in Taming of the Shrew; Living Out (Lyric Stage); and The Friends of Eddie Coyle (Stickball). She has attended Shakespeare and Company's Month-long Intensive twice, as both a participant and teacher-trainee.

Her voice-over work includes thirteen years of online corporate trainings for SAI Global (formerly Integrity Interactive) as well as many other commercial and corporate clients. A member of SAG-AFTRA, she has been active in on-camera and voice-over work in Boston for over a decade with many principal roles in commercials and countless corporate video jobs.

Personally, Jen lives in Medford, MA with her husband and two children. She is a proud member of Actors’ Equity Association, SAG-AFTRA, and StageSource.

Ashleigh Reade holds a BFA in Musical Theater from the Boston Conservatory and an MFA in Voice Pedagogy from the Moscow Art Theater/Harvard University.  She is an Assistant Professor of Theater at The Boston Conservatory at Berklee, Visiting Faculty at Salem State University, Lecturer with Harvard Extension School and Summer School, and Adjunct Faculty at Bunker Hill Community College. She has previously taught with Berklee College of Music, Lyric First Stage, The Moscow Art Theater School, and Harvard College. As a vocal coach, her credits include Intimate Apparel at Brandeis University, Witness Uganda at the ART directed by Diane Paulus, and The Light Princess at the ART. Ashleigh is a certified Associate Teacher of Fitzmaurice Voicework. 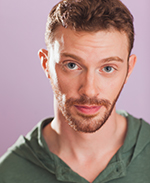 An experienced fight director, Robert has choreographed fights for numerous shows in the Boston area, including Three Musketeers, True West, As You Like It, and Troilus and Cressida. Robert has trained in rapier & dagger, quarterstaff, broadsword, knife, and unarmed stage combat, and obtained the rank of Actor-Combatant with the Society of American Fight Directors.

His current projects in development include Her Notebook: a historical exploration of the J.S. Bach household, in collaboration with the American Guild of Organists. In addition to acting course instruction, Robert is the faculty advisor for the BHCC Theatre Club. Robert received his M.F.A. in Acting from Harvard University’s A.R.T./MXAT Institute, and B.A. from Brandeis University.

Donna Sorbello is a professional actress with a long list of credits in Boston which started with Shear Madness, and continued with roles in many Boston and New England theatres. Recently she performed in the Barnstormers Company in Things My Mother Taught Me and played Sister Aloysius in Doubt at the Ocean State Theatre in Rhode Island. Prior to her return to Boston, she had performed regionally in the U.S. in stock and in touring companies, and Off and Off Off Broadway in NYC. She has film and television credits that include work with Ricky Gervais, Jennifer Garner, The Disney Channel, et al. She is an IRNE winner for best actress for her role as Lady in Orpheus Descending. She has directed theatre projects in Boston, having studied both Acting and Directing with Nikos Psacharopoulos, who she then became assistant to, and was Assistant Director to Arthur Storch, long time Broadway and Off Broadway director. Her short plays have been presented in New England at venues such as the Boston Theatre Marathon, the Peace Project, Boston Playwrights Theatre. Giordano's, and in NY at the Lincoln Center Library Theatre. She is a recipient of the Robert J. Pickering Award for Playwriting Excellence. Her historical novel Daughter of Liberty is soon to be published.