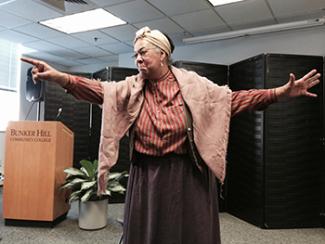 The interactive performance joined Sojourner Truth toward the end of her life. Through a back-and-forth conversation with the audience, she recalled her early days as a slave, detailed her relationship with God, and shared poignant stories of her work for freedom.