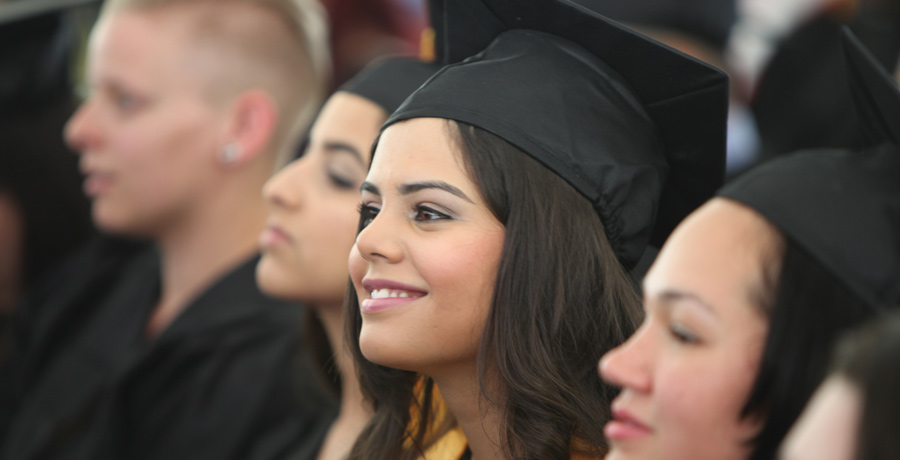 “You can’t win what you don’t fight for,” keynote speaker Elizabeth Warren said to the cheers of an audience of more than 3,500 at Bunker Hill Community College’s 41st Commencement exercises on May 30, 2015. The senior U.S. senator from Massachusetts cited her common ground with the students and identified with their struggles. Praising the “real grit” of the 1,408 graduates before her, the senator’s exuberant speech drew frequent applause and laughter.

At the opening of the exercises under a big white tent on the grounds of the Charlestown Campus, President Eddinger greeted the gathering and recognized special guest Nate Mackinnon, Assistant Commissioner of the Massachusetts Department of Higher Education. She then invited the graduating students to join her in BHCC’s traditional ritual of gratitude. President Eddinger instructed them to stand and raise their right hands high and, after a moment’s pause, to wave and call out their thanks to all the family members, friends, professors and advisors who helped them reach this day of accomplishment.

Amid the cheering, President Eddinger singled out for special praise the many BHCC graduates who were the first in their families to earn a degree. She urged the graduates to celebrate their success by passing on the strength, wisdom and gifts they had received. “Your journey is the hardest because you created a path where there was none,” she said. “You are first so that others in your family and communities can walk in the path that you made, with less struggle and fewer tears. So they may go faster, they may go farther and dream beyond what even you can imagine. You are the older brother, the big sister. You are the guide. You are leading the way.” 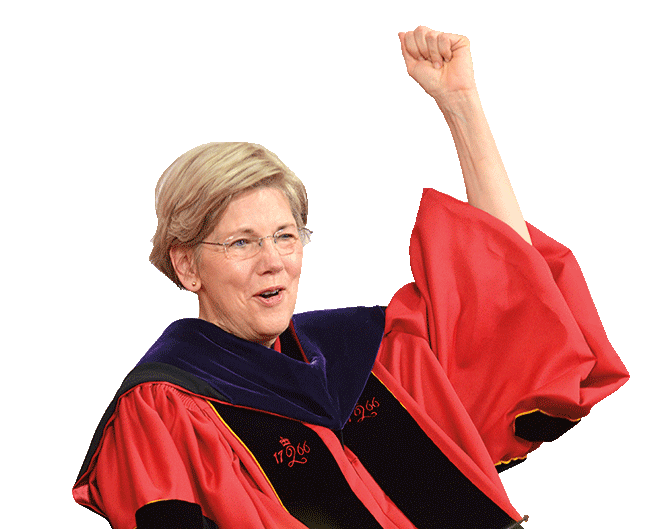 The President also called on the 64 members of the graduating class who had served in the armed forces to rise and be acknowledged. She told all of the graduates they now had the tools they needed to forge their own futures. “The courage to persist, the wisdom to elevate, and the power to transform is already with you and is inside you,” she said, to rousing applause.

Chair of the College’s Board of Trustees Marita Rivero, a senior adviser at WGBH, brought the compliments of the College’s trustees. “We recognize your achievements in the classroom, your devotion to academic excellence, your commitment to community service—and we celebrate with you,” she said. Capturing the bittersweet nature of the day, Rivero reminded the graduates they would never entirely leave this time behind. “Please remember you are always a part of Bunker Hill Community College. Wherever you continue your life’s adventure, we will always be your home.”

President Eddinger then presented the President’s Leadership Awards, an annual honor, to two students: Jody J. Roberts, a mother of four who returned to college after raising a family, and Misael Carrasquillo, a former U.S. Marine who played an active part in helping other student veterans. Both are among this year’s “starring students” in the story on page 12 of this issue of BHCC Magazine.

Janice M. Bonanno, Associate Vice President of Student Services and Dean of Students, retiring after 42 years, earned the Trustees’ Distinguished Service Award. Noting the College had celebrated its 40th anniversary last year, Board Chair Rivero praised Bonanno for playing a series of key roles in the College’s history since its beginning—and even before the beginning, when she helped shape the institution that became Bunker Hill Community College.  The President’s Distinguished Service Award went to John P. McDonough, Superintendent of the Boston Public School system. The President pointed out that the College works closely with the city’s schools in many programs to support students as they make the challenging transition from high school to college. In honoring McDonough’s work as superintendent, President Eddinger told the audience that under his leadership the graduation rate of the Boston Public Schools reached an all-time high in the city’s history.

Echoing the College’s motto in introducing the keynote speaker, President Eddinger said, “In Elizabeth Warren, we can Imagine the Possibilities!” She pointed to Warren’s achievements as the first woman senator from Massachusetts, as an academician who had taught at Harvard Law School for 20 years, as a noted advocate for consumers and families, and as the first in her family to earn a college degree—a woman from modest beginnings who was now playing a role on the national stage. To the enthusiastic roar of the crowd that greeted her at the podium, Warren responded, “Way to go, guys!” In a brief, lively and upbeat speech, Warren talked about her journey, and how surprised she has been at where it has taken her. “I sat in the back row at my graduation, and it was hot. I did not sit there thinking, ‘Whoa girl, you’re on your way to the U.S. Senate!’ I never dreamed I would have a chance to climb a mountain, I never knew I would meet the president of the United States, and I never knew I would be a blonde!”

Warren came from a family in which “college was not in the cards. My own path to a college diploma was pretty checkered,” she said. Motivated by the desire to become a teacher, Warren described the financial hardships and other obstacles she faced. She married young, took on debt and dropped out temporarily before finally getting her degree. Empowered by her success, Warren was to take on uphill battles throughout her career, including the effort she led to create the Consumer Financial Protection Bureau.

For Warren, whose family often faced financial difficulty, this battle, too, was personal. “I watched as big banks raked in billions of dollars by trapping people in debt. What really burned me was that there was plenty of laws to stop these banks, but the government agencies that were supposed to enforce these laws just looked the other way. I got an idea, what if we built an agency to enforce those laws? A cop on the beat for those families?”

It wasn’t easy, she recalled. “Everyone told me, ‘You will never get this consumer agency passed into law. You’re just a teacher. You’ve got nothing.’ But I believed it was right to have that fight. I kept slugging it out. We won, and that agency is now federal law.” 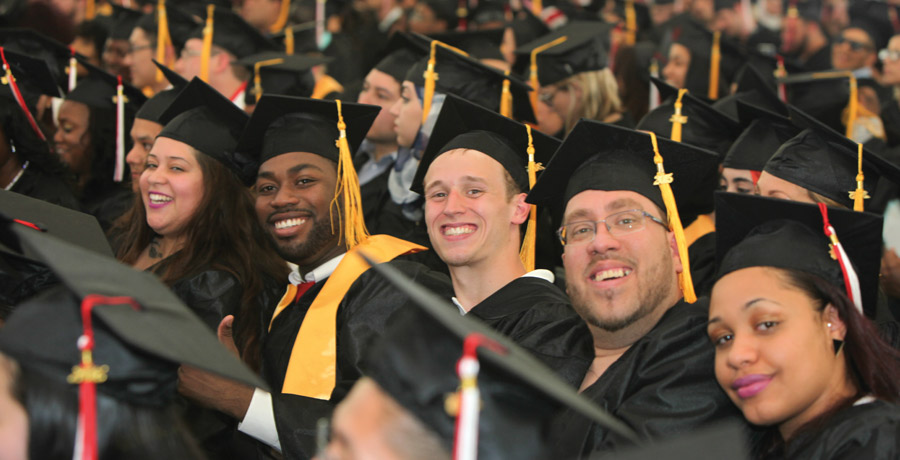 For Warren, still the teacher, this experience offers a universal lesson. “I wanted to say something to you that you already know deep in your bones,” she said. “You want to change something. Well, nobody is going to give it to you, you’ve got to fight for it. And just one more part that goes with that: I believe in you. I sat where you sit. I know what people with real grit can do, I know what you did to get here, and I know what you can do when you fight for what you believe in.

“No matter the odds, no matter what you’re up against, if you fight, amazing things can happen,” she said, over the cheers of the crowd. After all, we are here to celebrate your amazing graduation, and all the amazing things that will come in the future. Thank you,” she concluded, “and keep fighting.”

As students then came to the stage to receive their degrees and certificates, Senator Warren joined President Eddinger to shake their hands and congratulate them. As graduates left the stage, a member of the College alumni association handed them a small gift, celebrating their new status as Bunker Hill Community College alumni.