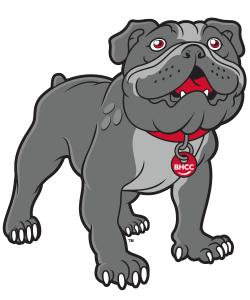 The design was created as a result of the overwhelming positive reception of the new Athletics Bulldog, an initiative led by BHCC Athletic Director Loreto Jackson, Ph.D., and features the College bulldog posed in a strong standing position, smiling and enthusiastic, representative of the strength and tenacity evidenced in BHCC students.

The mascot was designed to support the College’s established visual identity and will be used in association with events and initiatives related to academic affairs, student-led activities and clubs and other College initiatives.