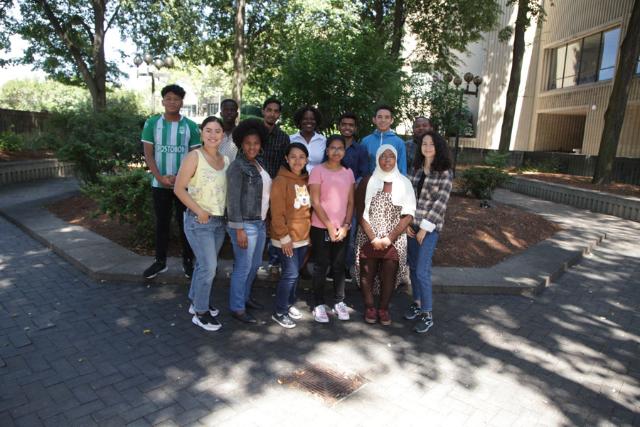 Since 2013, BHCC has welcomed 84 CCI students coming from 11 countries. The CCI Program is designed to build participants’ technical skills, enhance leadership capabilities, and strengthen English language proficiency. The Program also provides opportunities for professional internships, service learning and community engagement activities to build relations between citizens of the United States and other countries.

After completing the CCI Program, participants return home with a deeper understanding of U.S. culture and with improved technical and vocational skills to contribute to the economic development of their home communities. Rishikesh Ghodeswar (BHCC CCI 2018, alumna) studied business administration. After returning to Mumbai, India, Rishikesh organized a “teenprenuers”  program where young women learn skills in business development, marketing, networking and more. Melissa Acevedo participated in CCI at BHCC in the 2016-2017 program year. After studying early childcare and interning in Boston, Melissa used the skills she learned to teach pre-Kindergarten students in her native Colombia.

Since 2007, the CCI Program has hosted more than 3,200 participants from 21 countries. This U.S. Department of State Program is administered by Northern Virginia Community College in cooperation with the Community College Consortium. For further information, please contact the Bureau of Educational and Cultural Affairs at eca-press@state.gov. To learn more about the CCI Program at BHCC, visit bhcc.edu/ccip.