More than 850 runners participated in the Boston River Run 5K on Sunday, November 8, 2015, to raise $25,000 for a scholarship at Bunker Hill Community College (BHCC). Race organizer John Narcus, who graduated from the College in 2013, announced at the start of the race that the goal had been met and BHCC President Pam Y. Eddinger gratefully acknowledged the efforts of everyone involved. 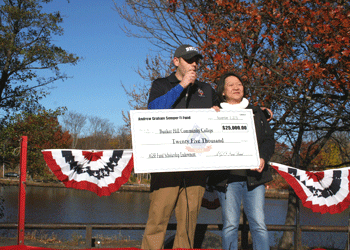 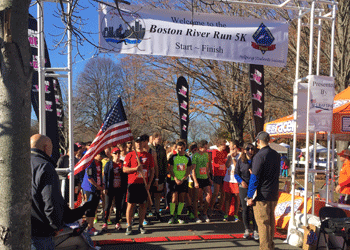 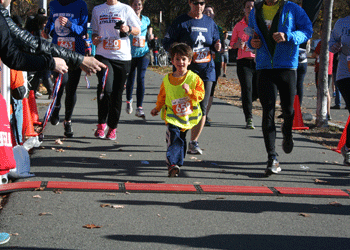 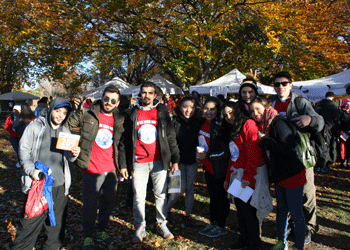 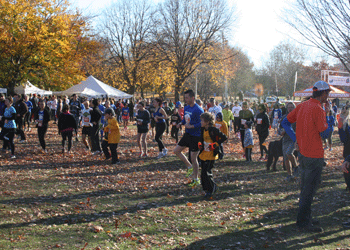 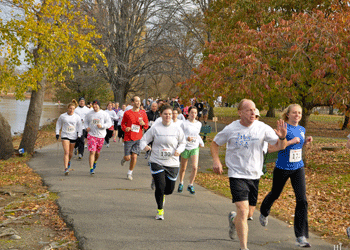 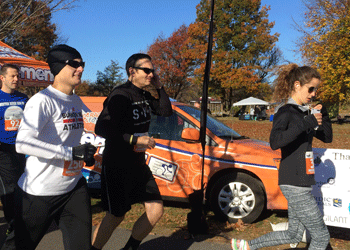 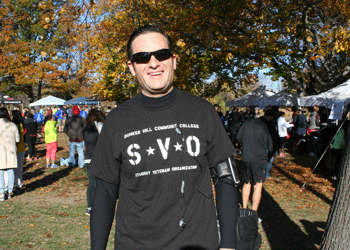 The race, a spirited, patriotic run that takes place annually on the Sunday prior to Veterans Day, was launched by Narcus four years ago to honor the life of his brother, Colonel Andrew Graham Narcus, a U.S. Marine from Sudbury, Massachusetts. The run begins at the Artesani Park on Soldiers Field Road in Boston and follows a 3.1 mile loop along on the Charles River. It is a family-friendly course that welcomes runners and walkers of all ability levels. To see a video and photos of the event and to learn more, including about next year’s race, visit bostonriverrun.com.

As a student at BHCC, Narcus was the recipient of the Trustees’ Service Award, which recognizes academic achievement and outstanding service to the community. Narcus is currently a student at the University of Massachusetts Boston.

The scholarship funded by the proceeds from this year’s race will be administered by the Bunker Hill Community College Foundation, Inc. The foundation is a 501(c)(3) organization whose mission is to obtain resources to support the College, thereby enabling students with diverse educational, ethnic and cultural backgrounds to benefit from a high-quality, affordable, post-secondary education. For more information, go to bhcc.edu/foundation.