The Massachusetts Director of Boards and Commissions, Ed Palleschi, swore in William J. Walczak as chair of the Bunker Hill Community College Board of Trustees in a ceremony at the State House on October 22. 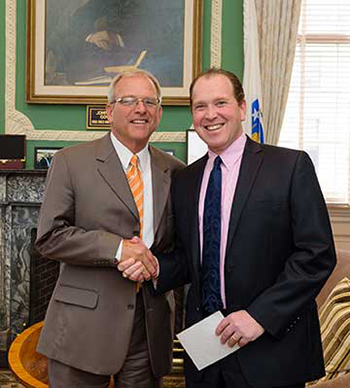 Walczak is president and CEO of the South End Community Health Center. He is president and co-founder of Codman Academy Charter Public School in Dorchester, the first public school located within a community health center. He sits on a number of boards including the Massachusetts Nonprofit Network, a statewide organization he co-founded to represent the interests of nonprofit organizations.

Walczak was the founding president and served as board member of the Boston HealthNet Corporation, a network of 12 community health centers, Boston Medical Center and Boston University Medical School. He has also served as president of the Steward Carney Hospital and vice president of external relations of Shawmut Design and Construction Company.