Bunker Hill Community College (BHCC) is pleased to announce the launch of a varsity esports program for enrolled students. Esports are video game tournaments in which student teams compete with other colleges and universities through virtual game rooms. With Athletics on hold due to the health concerns of COVID-19, BHCC’s Athletic Department is sponsoring only esports this spring. 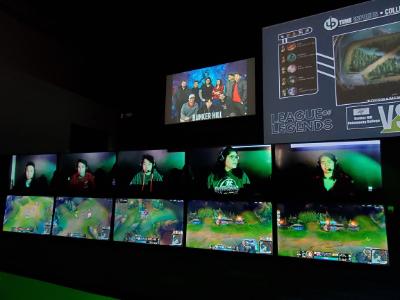 With the expertise of caring, engaging coaches, BHCC athletes gather virtually to participate in practices or games. “We’ve been at the forefront of esports in our National Junior College Athletic Association (NJCAA) region and we are looking for more students to join us in helping us continue to grow the program,” said Head Coach Andrew Rezendes.

According to an article from Community College Daily, community colleges around the country are turning to varsity esports as a way to recruit and engage students. It is a good fit because it does not require large fields nor athletic facilities. Practices and competitions can take place at times that fit students’ schedules.

BHCC played in the NJCAA Region XXI during the fall semester and placed second in the Region after a six-week season, including playoffs. In February of 2020, BHCC competed in the New England College's League of Legends International hosted by Uptime esports in Hanover.

To view a recording of all BHCC esports games and the upcoming schedule go to: twitch.tv/bhccbulldogs