The Massachusetts Center for the Book (MCB) awarded Bunker Hill Community College (BHCC) English Professor Enzo Silon Surin The Poetry Award for When My Body Was A Clinched Fist. A debut collection about coming of age in New York during the 1990s, it describes the poverty and violence of that time and place with eloquence and sensitivity. 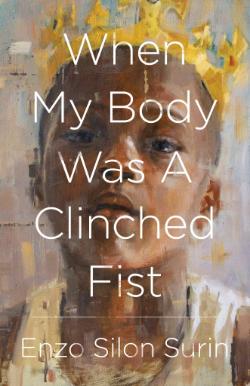 “I would like to congratulate Enzo Silon Surin for this remarkable debut,” stated Sen. Brendan P. Crighton. “These poems will prompt a much-needed dialogue and I would like to commend him on working to get these conversations started.”

The Poetry Award was one of five categories of literature written by current residents of the Commonwealth recognized as part of the MCB 21st Annual Massachusetts Book Awards. Chartered as the Commonwealth Affiliate of the Center for the Book in the Library of Congress, MCB is a public-private partnership charged with developing, supporting, and promoting cultural programming that advances the cause of books and reading and enhances the outreach potential of Massachusetts public libraries. Award recipients will be celebrated at the Massachusetts State House at a later date.

“Mr. Surin’s eloquence and essential message make him richly deserving of the 2021 Poetry Award,” noted Rep. Lori Ehrlich. “I look forward to welcoming him to the State House in the future.”