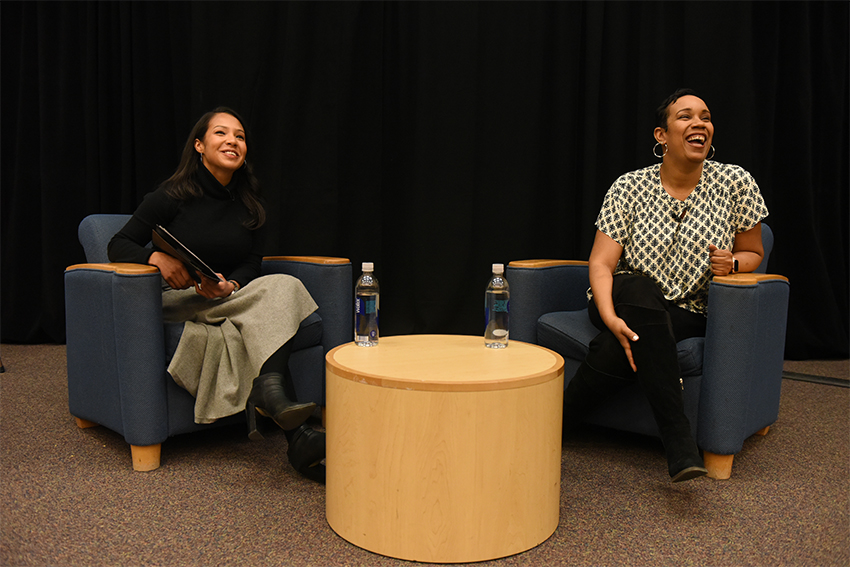 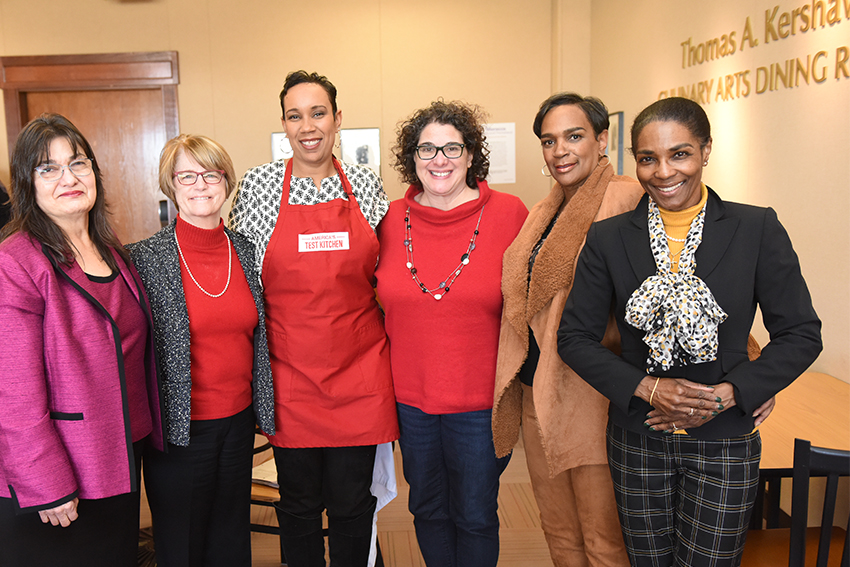 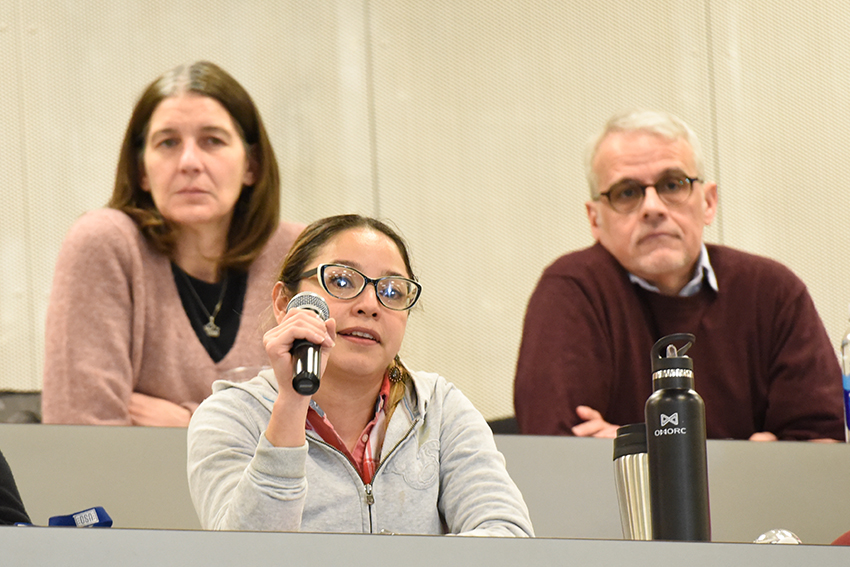 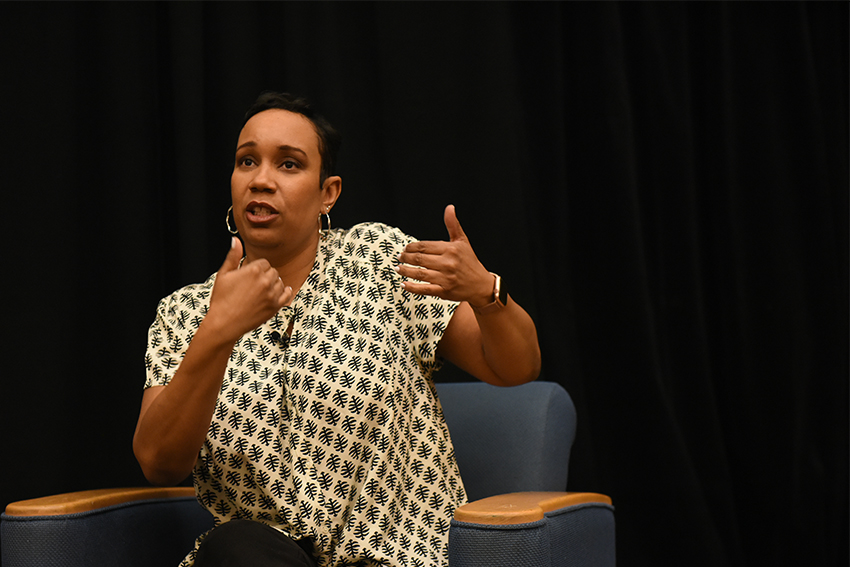 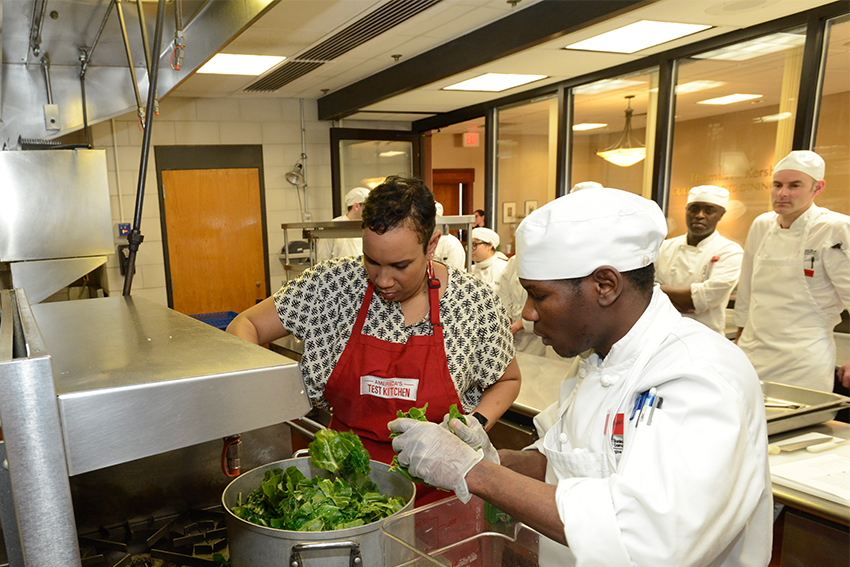 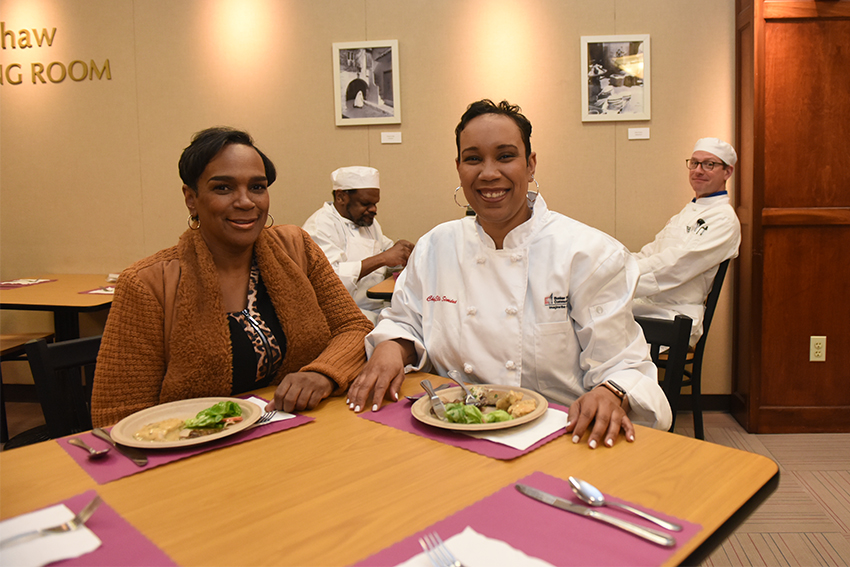 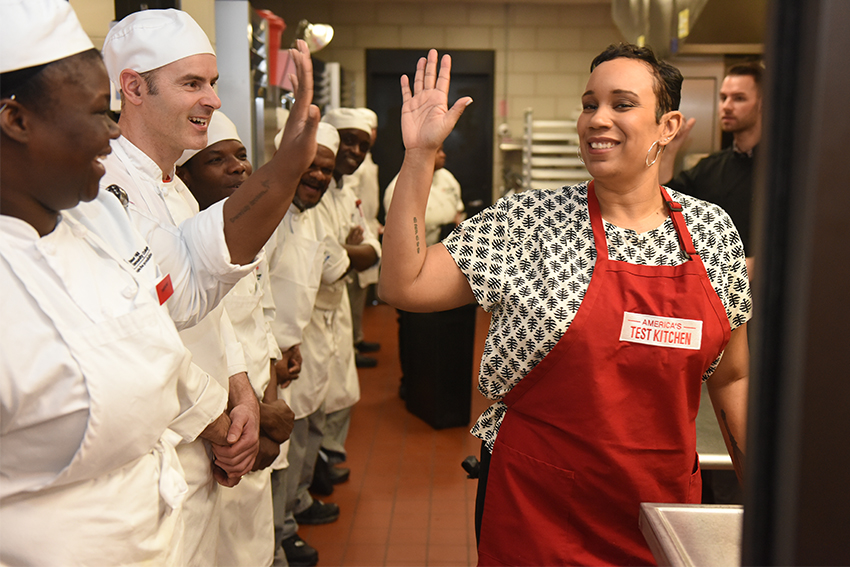 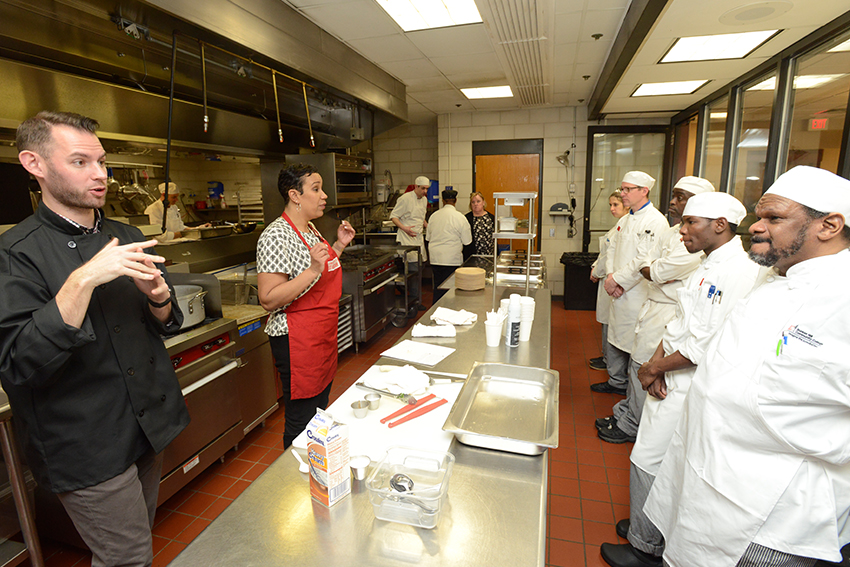 Always drawn to creative food culture, Scott has been dazzling the culinary world since 2003, though, her specialties don’t stop with styling and production. Outside of the kitchen, Scott shares her passion for mentoring, resource building, business development, and food justice as the founder and CEO of SheChef Inc., a professional networking organization for women chefs of color and allies.

Scott spoke as part of Bunker Hill Community College (BHCC)’s Compelling Conversations series and was introduced by her mother, Cheryl Price, who is also the Director of the College’s TRIO Student Success program. The discussion was moderated by Melissa Castro, a mentee of Scott and business development director at CommonWealth Kitchen. Scott chronicled her journey from an out-of-work social worker to an on-air chef. When she was laid off from social work, she leaned into her night job working in the restaurant industry. Being unmoored from her day job and planned path, she decided to find a way to commit to the culinary field and do what she loved. She credited her success with the determination to say “yes” to every opportunity that came her way. “I got where I am today by basically saying ‘yes’ to every job, legal and within reason, in the culinary industry. I also got here by experiencing hardship,” said Scott.

Before the presentation, Scott prepared a kale dish with the College’s Culinary Arts students, demonstrating various techniques of food preparation while recounting her inspiring story of overcoming hardship to become the chef and food stylist she is today.

Join us for upcoming speaker events:

Cheryl Price, Director of the TRIO program, introduces #BHCCcompelling speaker -Chef, On-air Talent and Food Stylist on America’s @TestKitchen- @ChefElleSimone. Not only is Cheryl a fan, she is also Chef Elle’s mom! pic.twitter.com/LbsGUwOITr

.@ChefElleSimone talks about the importance of representation - “I am creating an image of someone being a representation in a space (culinary industry)” #bhcccompelling pic.twitter.com/QxhWlvLQre