On Thursday, May 23, 2019, Bunker Hill Community College (BHCC) awarded 1,754 degrees and certificates to the Class of 2019 at the 45th Commencement Exercises. 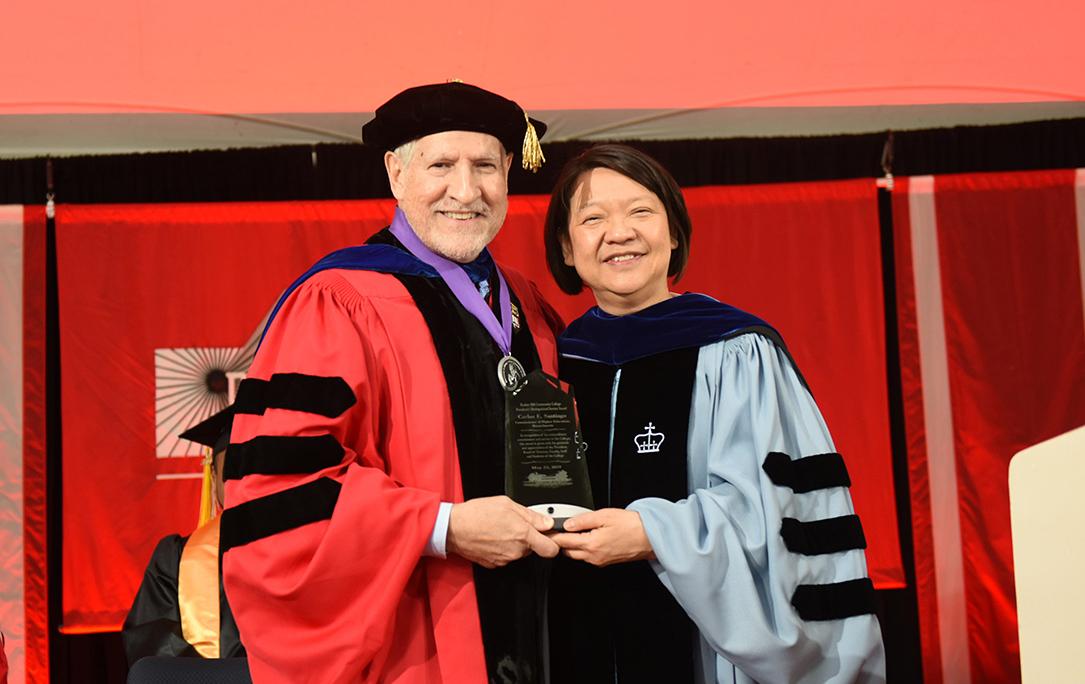 BHCC President Pam Eddinger opened the ceremony with the annual “ritual of gratitude,” where graduates thank family and friends in attendance for their support throughout their educational journey. Eddinger also reflected on the cultural wealth of the graduates and how it left a positive impact on her as College President.

“I am braver today because I have learned from your struggles and have seen your courage,” said Eddinger. “I am more hopeful, because you have shown me, in your multiple languages, your ancestral songs, and your lived experiences that while life can be harsh, it is also limitless and ever-renewing.”

Massachusetts Commissioner of Higher Education Carlos E. Santiago delivered the keynote address. In his remarks to the graduates, he encouraged the graduates to use their education to give back to their communities. “Your communities benefit from your time and talents,” he said. “As students at our community colleges, you are uniquely connected to your cities and towns. I urge you to stay connected – to hold tight to your civic compass. Let it point you to where you can make a difference.”

Santiago also received the President’s Distinguished Services Award in recognition of his extraordinary service to the community and BHCC. Santiago has served as Commissioner of Higher Education since July of 2015. Santiago has made a great impact on important issues affecting the BHCC’s students; in particular his commitment to equity in higher education is something that resonates with us at the College.

The BHCC Nurse Education Department was awarded with the Trustees Distinguished Service Award, presented by William J. Walczak, Chair of the BHCC Board of Trustees. The department was recognized for the success of its collaborative leadership, steadfast resolve and decisive actions toward a secure and thriving program, and in recognition of the increased success of their graduates on the NCLEX Examination.

For the past two years, new leadership and the full and ongoing engagement of the Nursing Education program's faculty and staff were all critical during an intensive reaccreditation process. The program's faculty and staff have implemented high impact student success, pedagogical and post-graduate student interventions that have achieved immediate results: most notably an NCLEX Examination pass rate of 94% for its fall 2018 graduating class. Dean of Health Sciences Maryanne Atkinson, Assistant Dean Donna Savino, Director Elizabeth Tobin and Associate Professor and Chairperson Kristen Wenger accepted the award.

Commissioner Santiago’s speech was recorded on Facebook Live and can be viewed at facebook.com/BHCCBoston.