BHCC’s Mohamed Sidime Honored as one of “29 Who Shine”

Bunker Hill Community College (BHCC) student Mohamed Sidime was one of the 29 graduates of Massachusetts public colleges and universities honored at the State House May 03, 2019. Governor Charlie Baker, Secretary of Education James Peyser and Commissioner of Higher Education Carlos E. Santiago attended the “29 Who Shine” ceremony. 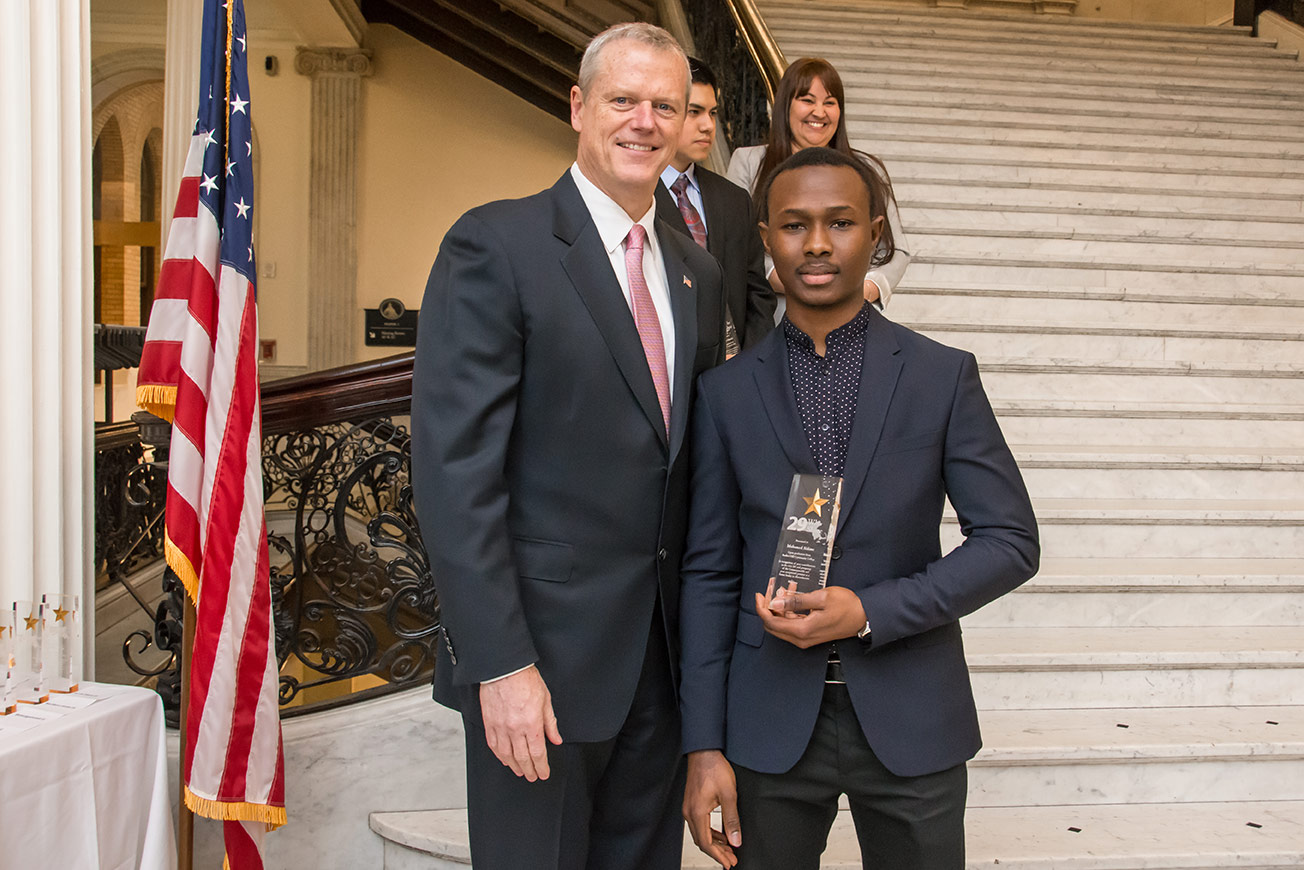 “It’s an honor and inspiration to be with these amazing students for the incredible work they do in their communities on campus and beyond the boundaries of their campuses,” said Secretary Peyser. “In honoring the students, we also honor the care, encouragement and inspiration the faculty and staff provide to their college and universities every day.”

“Mohamed values community service and building connections with those around him,” said BHCC President Pam Eddinger. “His commitment to volunteering is an inspiration and we wish him success in his future endeavors.”

Sidime came to BHCC in the spring of 2017 with a desire to utilize his prior education and experience in accounting from his country of origin, Guinea (West Africa), and learn accounting and tax systems in the United States of America. Before coming to the U.S., Sidime completed a bachelor’s degree and interned as an accountant. The experiences he gained in his home country further exposed him to the struggles with poverty in Guinea and the inequity of the taxation system between economic classes. 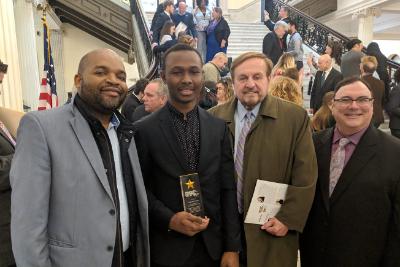 While studying at BHCC, Sidime quickly learned to appreciate the many opportunities afforded to him as a student at BHCC to get involved in student organizations, attend inspiring lectures, and dedicate time to volunteerism. These experiences inspired him to further pursue leadership, service and engagement opportunities, on campus and in the community. He currently serves as a New Student Orientation Mentor and Student Trustee on the Student Government Association and the BHCC Board of Trustees, represents BHCC on the Student Advisory Council of Public Higher Education Institutions in Massachusetts and is a member of the Phi Theta Kappa Honor Society.

Following graduation from BHCC, Sidime plans to become a Certified Public Accountant. To achieve this, he will continue his education to complete his bachelor’s and master’s degrees in Accounting. Eventually, he would like to give back to Guinea, and contribute to reducing poverty levels and help economically disadvantaged people.

Launched by the Massachusetts Department of Higher Education in May 2011, “29 Who Shine” is a commencement season awards program that recognizes 29 outstanding graduates of the Commonwealth’s public higher education system. The student must be a Massachusetts resident who has made an outstanding civic contribution to the state and intends to remain in the Commonwealth upon graduation.