Boston, March 13, 2019 – Massachusetts Commissioner of Higher Education Carlos E. Santiago will be the keynote speaker at the Forty-fifth Commencement Exercises at Bunker Hill Community College (BHCC) on Thursday, May 23, 2019, on the Charlestown Campus.

Commissioner Santiago will be the recipient of the President’s Distinguished Service Award, presented annually at Commencement to an individual who has rendered extraordinary service to the community and to the students of Bunker Hill Community College.

“Commissioner Santiago’s commitment to equity in higher education is something that resonates with us at the College,” said BHCC President Pam Eddinger. “We are fortunate to have an advocate and partner in the Commissioner to help advance such an important topic at the highest level.” 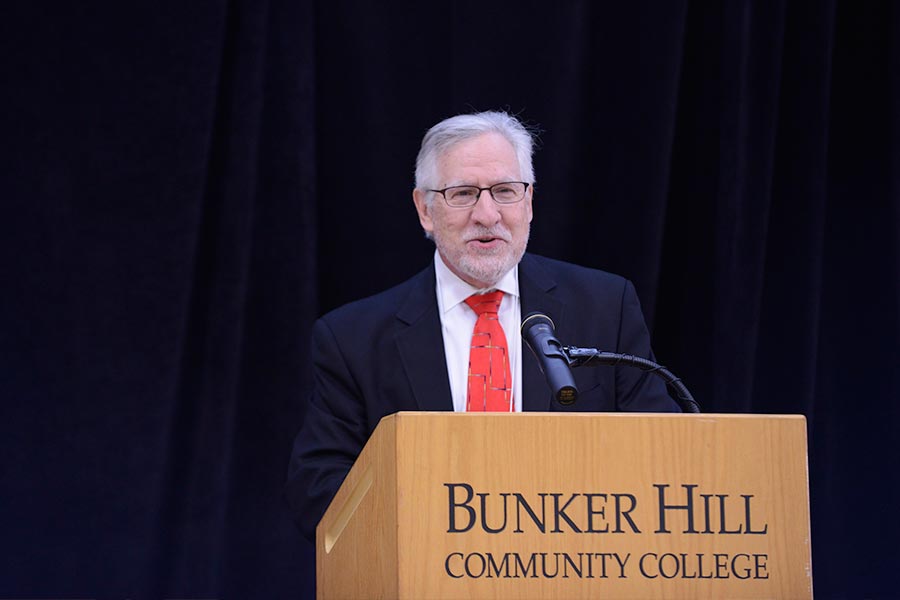 The importance of equity in higher education is a common theme across many College-wide initiatives, and a top priority for Bunker Hill Community College and the diverse, urban community it serves.

Last year, the College established a Center for Equity and Cultural Wealth, drawing on the College’s nationally recognized work to design culturally inclusive learning environments that value the strengths of diverse students and local communities. In addition, BHCC’s food pantry, set to open on the Charlestown Campus early summer, will provide high-quality fresh, frozen and canned food items to students in need to feed themselves and their families to enable these students to realize their academic potential.

“I am honored to be recognized by Bunker Hill Community College, our largest community college,” said Commissioner Santiago. “The equity agenda pursued by BHCC is near and dear to me and it is one that exemplifies the very best of our system of public higher education in the Commonwealth.”

Dr. Santiago holds a Ph.D. in economics from Cornell University and has held numerous academic and administration positions in higher education. Among them, he has served as Chancellor of the University of Wisconsin-Milwaukee and Provost and Chief Operating Officer of the University at Albany (SUNY). He is the author or co-author of six books and numerous articles and book reviews, and is the two-time recipient of the “100 Most Influential Hispanics in the United States” title by Hispanic Business magazine.