On Thursday, November 2, 2017, Bunker Hill Community College (BHCC) faculty and staff gathered for Fall 2017 Professional Development Day to share research findings on best practices for teaching English as a Second Language (ESL), and to collaborate across departments, disciplines and work areas in developing an integrated experience for the College’s English Language Learners (ELL) so that they have the ability to excel in their professional goals beyond graduation. 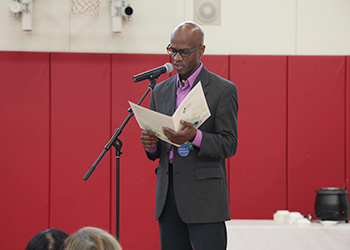 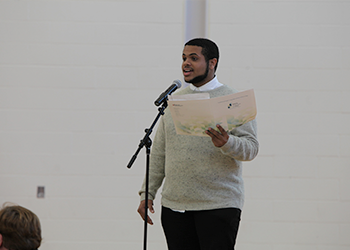 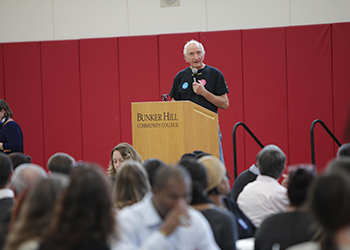 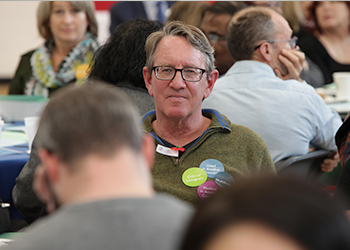 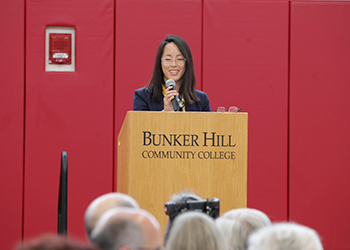 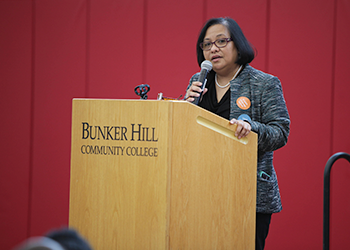 Over lunch, five members of the BHCC community lent their voices to share anecdotes from non-native English speakers to help participants develop a collective narrative of their experiences.

“Institutional identity is a key factor in how we approach ESL work,” said President Eddinger. “The language in which we talk about English Language Learners really shapes our intentions and our pedagogy.”

She went on to describe how community colleges and remediation have been inextricably tied for much of the existence of the ESL movement, expressing optimism at BHCC’s leadership in moving from the concept of remediation and basic skills to academic literacy and critical thinking.

“I’ve seen our College try to change that dialogue, that perspective, and move it toward a paradigm shift so that we see multilingualism, not as a deficit, but as part of the cultural wealth that our students bring to the table.”

Dr. Maria Puente, Interim Dean of Mathematics, Behavior and Social Sciences and Project Director for the implementation of the AANAPISI (Asian American Native American Pacific Islander Serving Institution) grant, spoke to the importance of ESL curriculum reform in better serving BHCC’s ELL students, particularly its Asian American  Pacific Islander (AAPI) students who comprise at least 10% of BHCC’s student population. “AAPI students are more likely to be first generation college students, more likely to be low-income and are nearly twice as likely to be placed in ESL courses,” said Dr. Puente, describing how the AANAPISI grant aims to reform the College’s ESL program into one that is integrative and collaborative.  “Our goal is to shift our mindsets from deficit to asset-based approaches while supporting the diversity of our students and honoring their multilingual skillsets.”

Following their remarks, faculty and staff participated in roundtable discussions of Shapiro’s study followed by a presentation of research findings by the AANAPISI ESL Learning/Teaching Team. Later in the afternoon, faculty and staff moved on to breakout sessions on specialized topics related to ESL curriculum and reform.