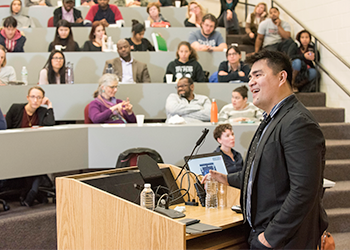 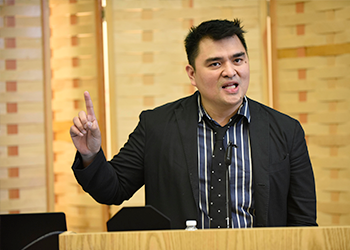 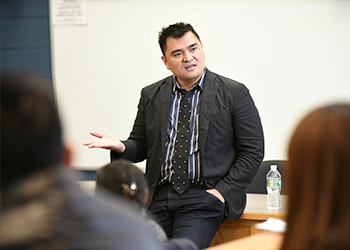 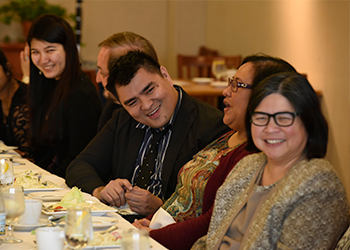 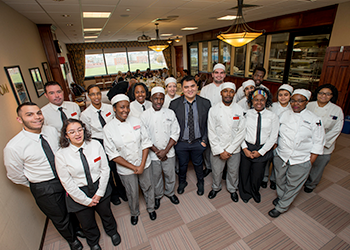 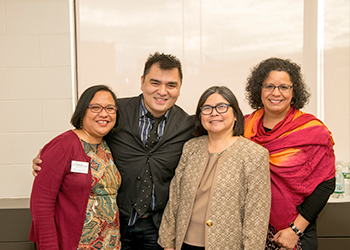 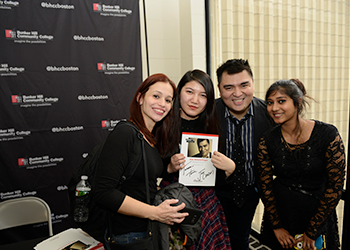 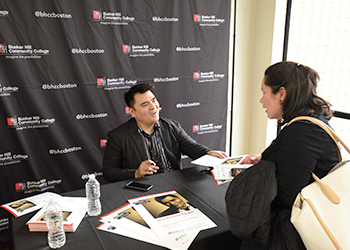 As a journalist and filmmaker, Vargas’ work centers on the changing American identity. In a groundbreaking essay published in The New York Times in 2011, Vargas revealed and chronicled his life as an undocumented immigrant in America. Concluding the College’s speaker series on immigration and religious intolerance, his presentation, “Undocumented Residents, Unwanted Refugees and America’s Values” addressed a timely issue in the community.

Prior to his presentation, Vargas met with a classroom of students studying English as a Second Language (ESL), and enjoyed lunch in the College’s Culinary Arts Dining Room.

During the keynote address, taking the audience deeper into his story, Vargas shared details of his journey to America from the Philippines as a child, and of his later journey as an immigration reform activist.

“Our very existence is an act of resistance,” said Vargas, speaking to the tumultuous times for immigrants in American history, particularly those who are undocumented or have DACA status. “Every country has a right to define and defend its borders, but legality is simply a construct of power. It is our responsibility to use storytelling to humanize this issue, and to intervene, correct and liberate people from the inaccurate narratives that have been created for us.”

With anecdotes from both his own story and the struggles of countless other undocumented immigrants, Vargas left the BHCC community to consider one of the divisive questions facing our country today: how do you define “American?”

“As far as I am concerned, I am an American,” he said. “I am just waiting for my own country to recognize it.”