BHCC Goes Behind the Scenes at Google 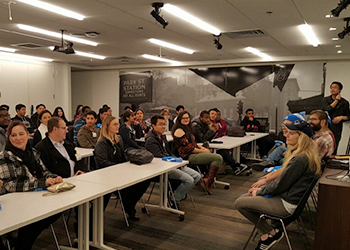 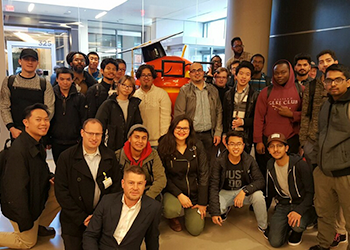 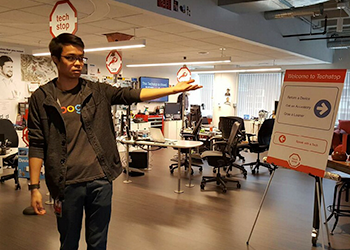 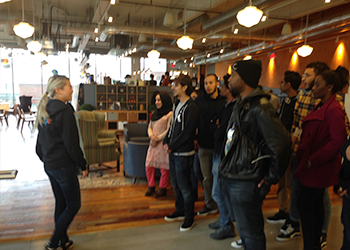 Google University Programs hosted the site tour and career panel as part of its mission to inspire aspiring coders and curate a broad STEM pipeline. Introduced by former intern and BHCC IT Security major Kevin Hernandez-Rivera, who also interned last spring with Tufts Technology Services through the College’s Learn and Earn program, the site visit was a hit!

Students were able to explore the Cambridge campus and observe innovation in action as software engineers work on developing the newest technologies. After the tour, students engaged with a panel of software engineers who discussed the academic and career pathways that led them to Google. Engineers offered advice on achieving individual and team success and fielded technical topics such as the basic software engineering skills needed for new programmers.

One panelist, a recent college graduate and Google programmer, shared her experience in what she described as “Imposter Syndrome,” the feeling of not having enough skills to work for a company like Google—to which her fellow master’s and Ph.D. panelists chimed in with quick agreement. The panel noted that it is part and parcel of working with really smart creatives in a dynamically evolving field and always pushing the envelope for tech innovation. The lesson demonstrated to BHCC students that while feeling like an “imposter” can be natural and common for many professionals, a company culture of continuous learning—adapting and sharing knowledge— is what drives success. Teamwork, communication and de-bugging your thought process are just as important as coding skills. The engaging conversation and Q&A carried on into the afternoon. In sum 50 enlightened minds from BHCC were able to experience what it is like working for one of the largest and most pioneering tech companies in the world.