In honor of those who served in the United States Armed Forces, Bunker Hill Community College (BHCC) celebrated Veterans Day 2017 with a weeklong series of events to recognize the military-affiliated community at the College and build awareness of the resources and services available at the College’s Veterans Center.
Previous Next 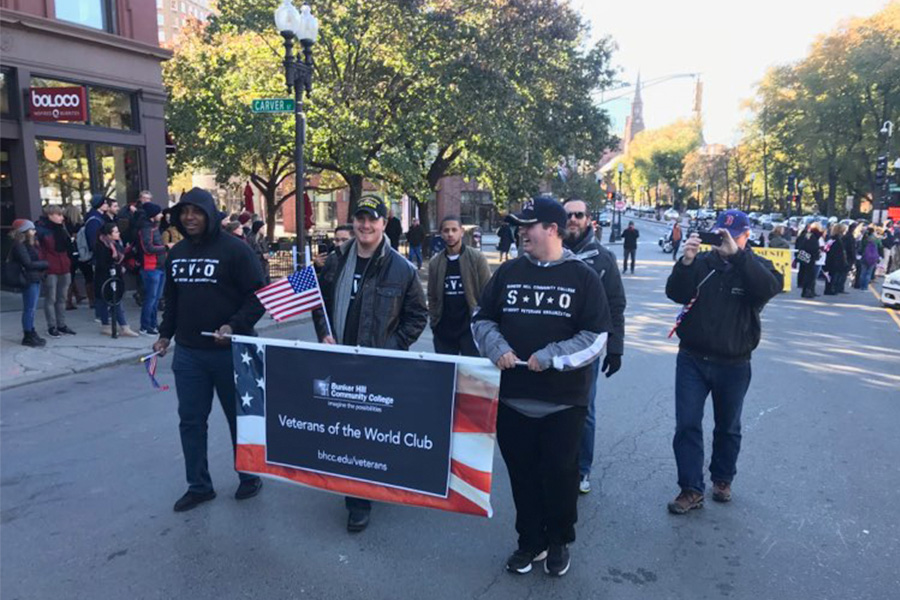 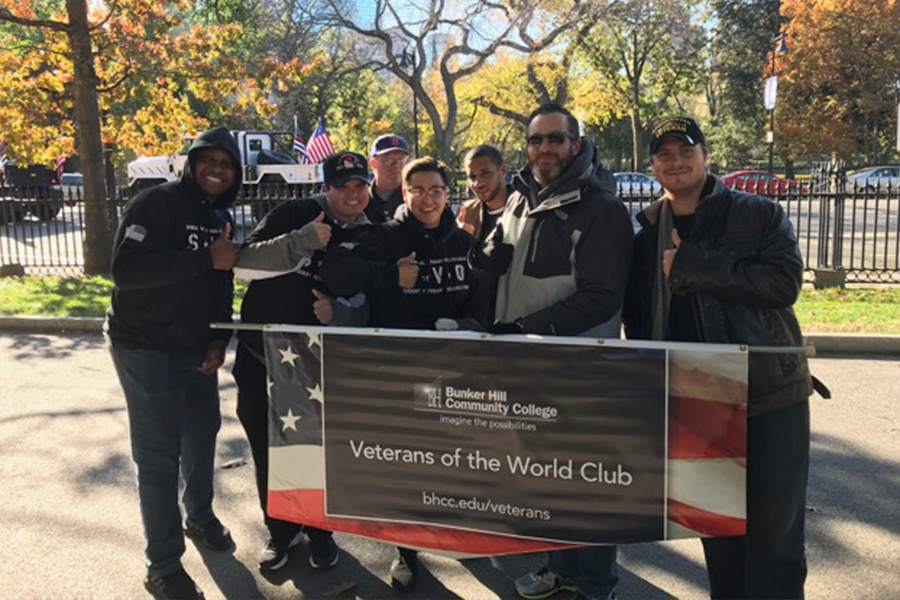 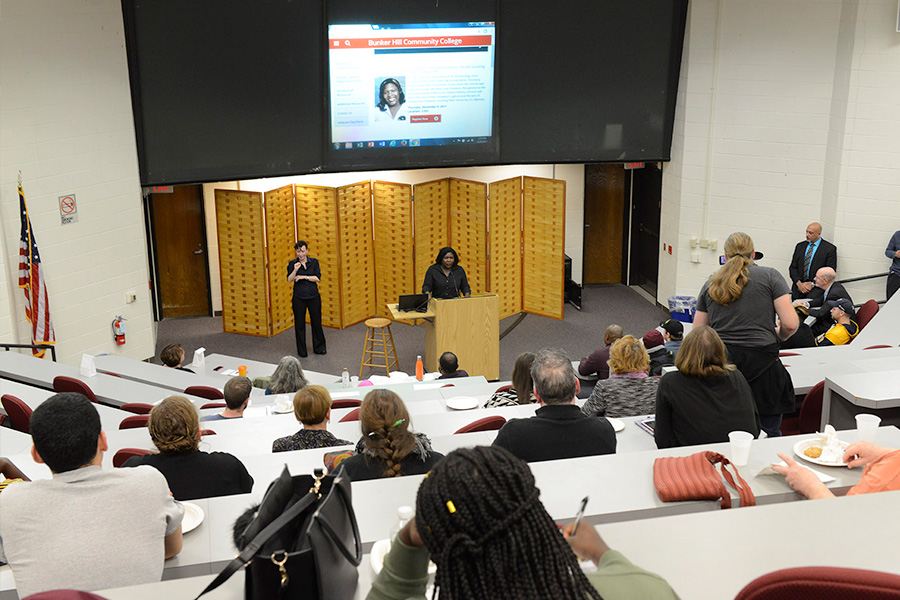 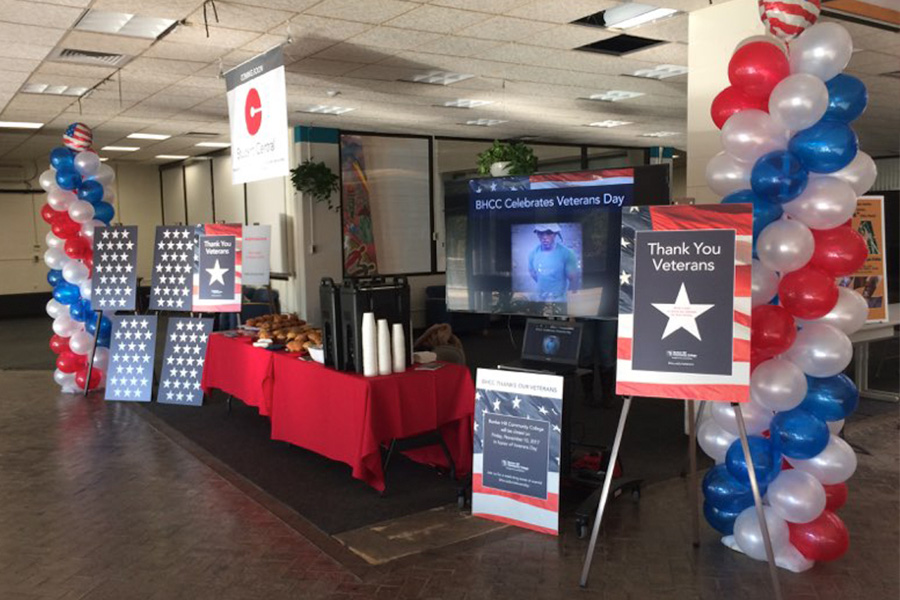 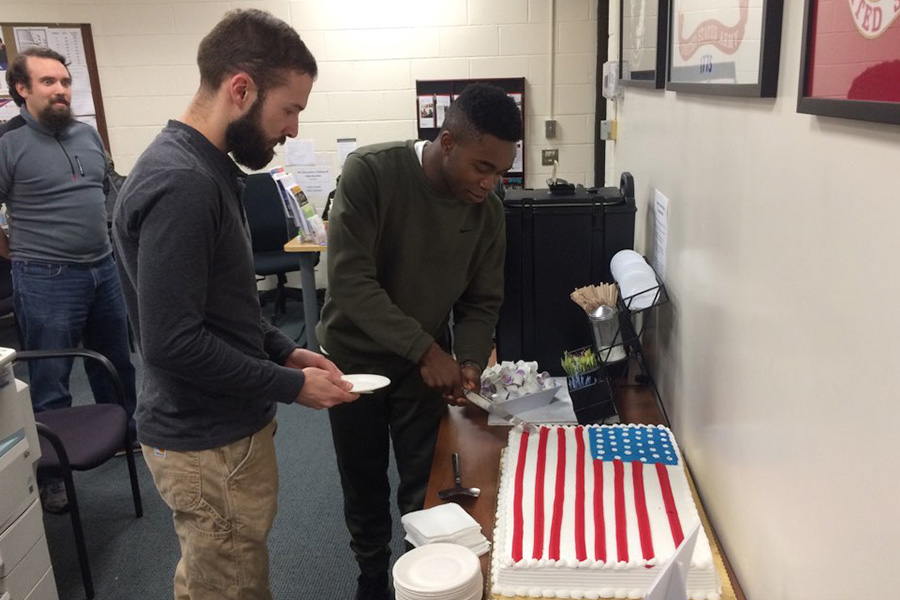 As part of the celebration, the College displayed photos from its veteran community as part of a Wall of Honor exhibition in the Library and invited the community to an Open House at its Veterans Center on Wednesday, November 8, 2017.

A highlight of this year’s Veterans Day celebration was a presentation by U.S. Army veteran and first African American female prisoner of war Shoshana Johnson on Thursday, November 9, 2017. At the event, the NAACP award-winning author of I’m Still Standing: From Captive U.S. Soldier to Free Citizen – My Journey Home captivated the BHCC community detailing the experience of her company’s capture during Operation Iraqi Freedom and the acts of bravery that followed until their rescue by U.S. Marines. Read more about Shoshana Johnson’s lecture.

On Saturday morning, veterans and BHCC community members were invited to a celebratory breakfast reception in the B-Lobby with posters signed by members of the BHCC community thanking our veterans for their service. Following the reception, members of BHCC’s Veterans of the World club set off for the first time to march in the Boston Veterans Day Parade

The week closed with the 2017 Boston River Run. Over 600 runners participated in the annual 5k race, raising $25,000 for the Corporal Andrew Graham Narcus scholarship fund.

Recognized as a Military Friendly® School, BHCC is committed to providing veterans, active duty military, Guard/Reservists and their eligible dependents with a smooth transition to college and a successful education. The center serves as an advocate within the college community, providing resources and assistance with community partners. For more information, visit bhcc.edu/veterans.