Bunker Hill Community College received the Deval Patrick Prize for Community Colleges in recognition of its Learn and Earn experiential education and internship program. The annual award from The Boston Foundation acknowledges progress and excellence made by community colleges in establishing employer partnerships and career pathways. Former Governor Deval Patrick presented the award in the amount of $50,000 to President Pam Eddinger on March 22, 2017. 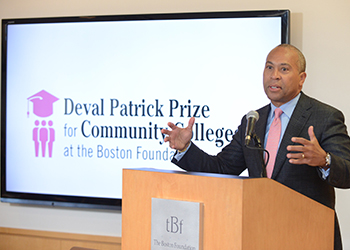 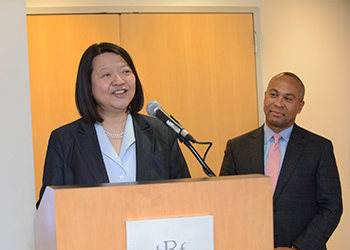 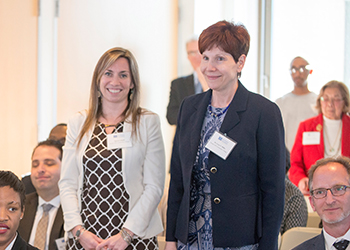 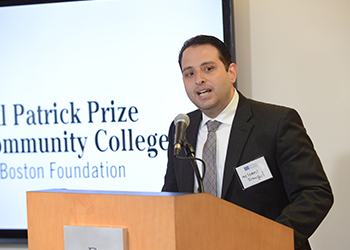 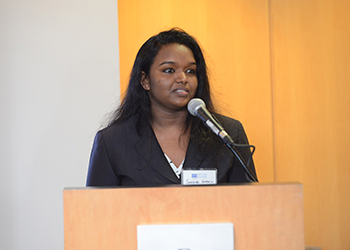 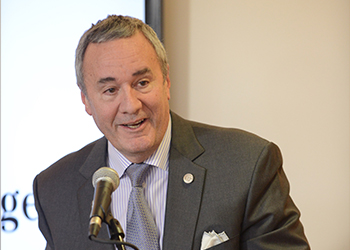 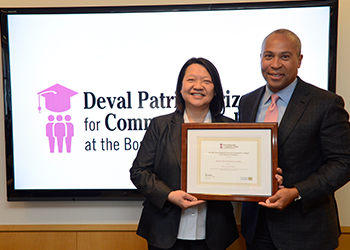 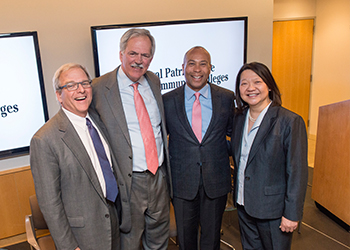 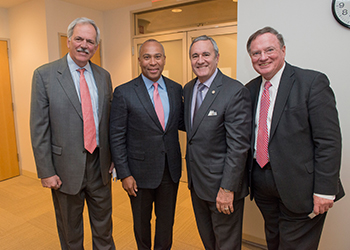 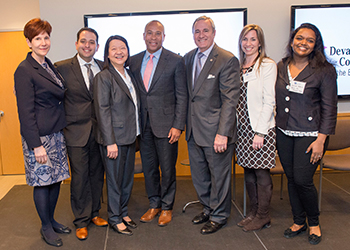 The Deval Patrick Prize builds on a reform movement that recognizes the critical role that community colleges play in developing the workforce needed by regional employers. President Eddinger thanked the Governor for framing this new paradigm, seeing the alliance between businesses and community colleges.

Paul Grogan, President and CEO of the Boston Foundation, kicked off the event with a convening of community colleges and keynote address given by Dr. Karen A. Stout, President of Achieving the Dream.

Representing the success of BHCC’s Learn & Earn program, Eddinger invited alumni Nelson Franjul and current student Surya Madhala to speak to the growth opportunities that the program presents, and share how they’ve benefited from the program both personally and professionally.

In his remarks, Governor Patrick said “Matching employer needs with specific training and education for our residents is at the very center of dissolving the skills gap. In fact, it’s critical to how we think about growing the economy out so it reaches the marginalized, not just the well-connected. Community colleges have been at the very center of that undertaking, and we continue to ask them to step up to meet the challenges facing our Commonwealth and communities. We must also support and celebrate them, and that is what this award is truly about.”

“You heard I’m a community college graduate,” said Bill Swanson, Former CEO of Raytheon and current President of the Massachusetts Competitive Partnership. “Community college gave me the spark that lit the fire and the passion to do everything I could do and make a difference.”

Learn and Earn was launched in 2012 as collaboration with the Massachusetts Competitive Partnership (MACP) starting with 20 students and five employer partners. Now in its fifth year, the program has grown to 18 partners and has placed 500 students in internships at top corporations in and around Boston and across all major industry sectors.

Interested in building a qualified and diverse workforce? Partner with the Learn and Earn program at Bunker Hill Community College. Learn more at bhcc.edu/learnandearn/ or contact learnandearn@bhcc.edu.