The 2017 Boston River Run brought more than 100 members of the Bunker Hill Community College (BHCC) community together on November 12, 2017, to celebrate the life of Corporal Andrew Graham Narcus, a proud U.S. Marine from Sudbury, Massachusetts.
Previous Next 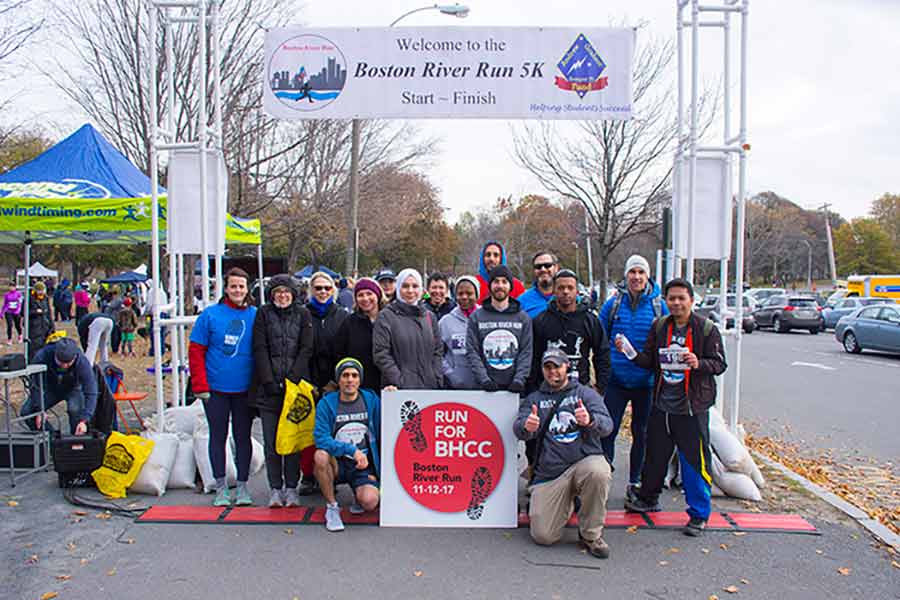 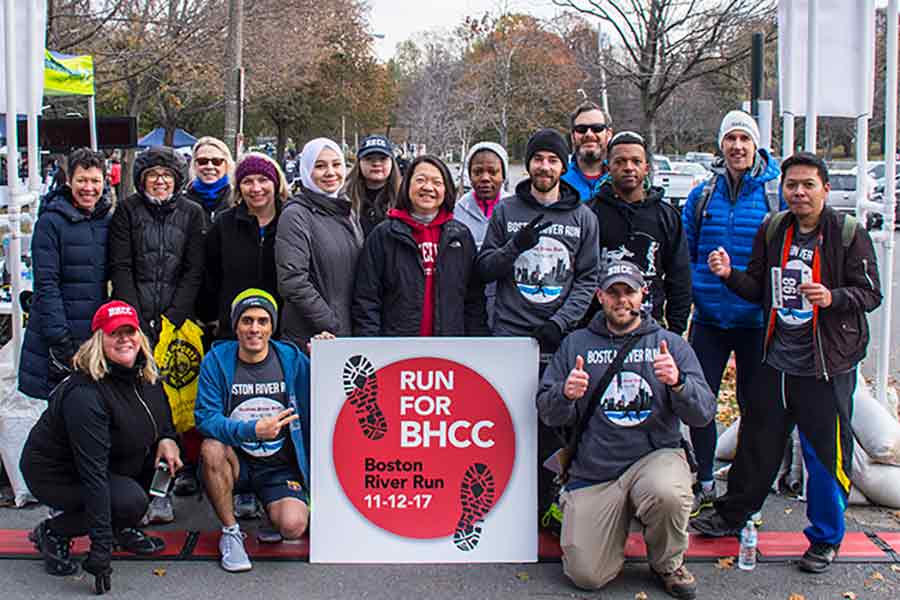 One hundred percent of the race’s proceeds were contributed directly to the fund, which was endowed in 2015 through the Andrew Graham Semper Fi Fund, a charitable organization created in memory of Andrew Narcus by Narcus’ brother and 2014 BHCC alum John Narcus.

Named a Staples Community Hero, John Narcus spoke to the impact of the Fund in a video produced by the Staples Foundation. The video also features interviews with BHCC President Pam Eddinger and 2017 Scholarship Recipient Dalia Zeabi. Dalia majors in paralegal studies and plans to transfer to a four-year college to pursue her dream of becoming a lawyer. As a full-time student, Dalia also works three jobs and gives back to her community through volunteer work with several local youth organizations. The Boston River Run 2017 was partially sponsored by Staples 2 Million & Change program.

The Andrew Graham Narcus Semper Fi Scholarship was established by friends and family in memory of Andrew Graham Narcus, USMC and funded through proceeds from the Boston River Run 5K. It is awarded annually to a continuing BHCC student with a demonstrated financial need, cumulative GPA of 3.0 or higher and a commitment to making a positive impact in the community.