BHCC Faculty, Staff and Administrators bid farewell to recent alumnus Fredens Deneus at an event in the College’s Gymnasium on Monday, August 14, 2017.
Previous Next 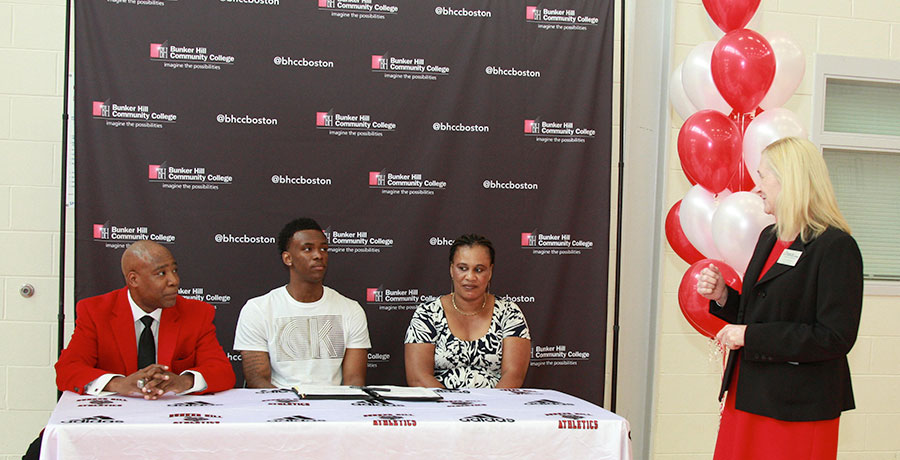 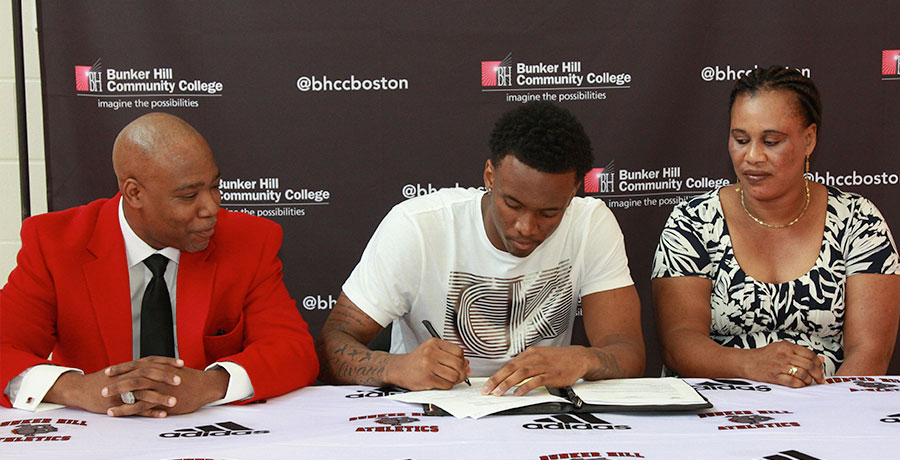 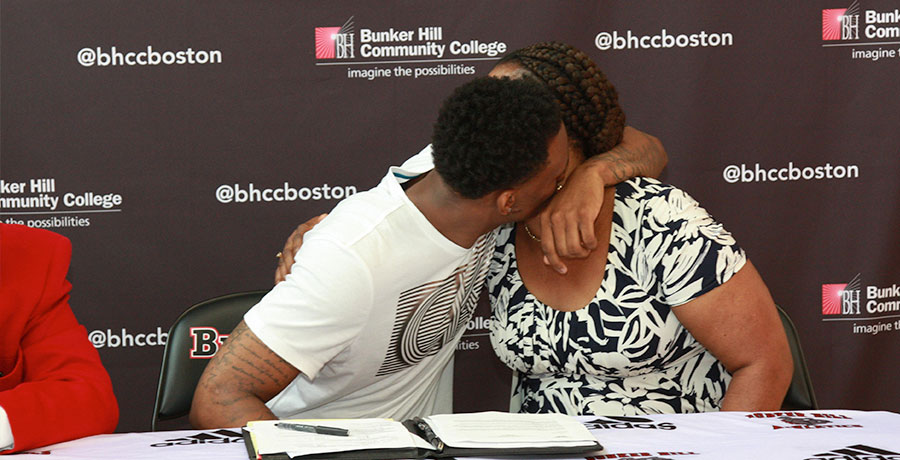 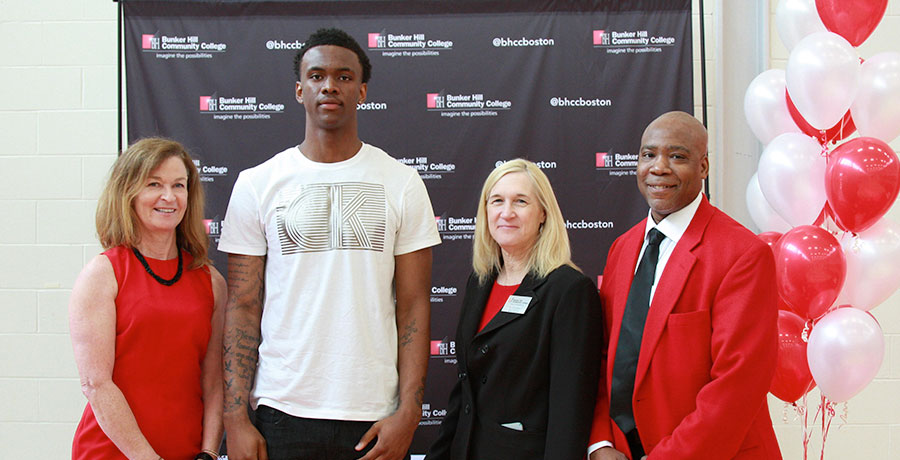 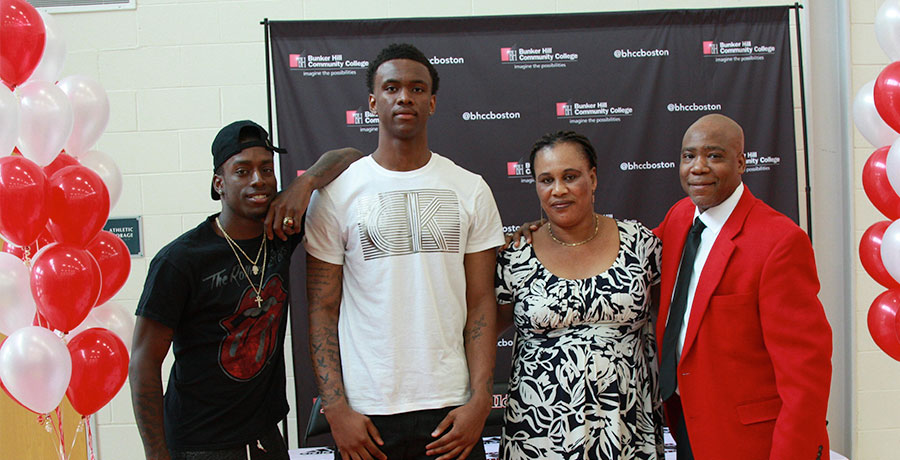 Standing before Deneus and his mother, Julie Elkins, Dean of Students, recognized the way Deneus dedicated himself not only on the court, but also to his studies off the court. Speaking to the leadership he demonstrated at BHCC, she said “You have shown us the difference in what it means to be a student-athlete–to be successful and to see your dreams come to true.”

At BHCC, Deneus led the Men’s Basketball team to 35 overall wins and to the National Junior College Athletic Association (NJCAA) Division III Nationals for the first time in 11 years. Director of Athletics and Wellness Loreto Jackson spoke to the strong community that defines BHCC Athletics. “Here we have a young man who had a dream, a coach who supported that dream and an institution that helped make it happen.”

“This young man had a goal, and a dream, and he put that dream in my hands and chased it,” said Coach Jones, recognizing the faith it took for Deneus to refuse to settle for offers from Division 2 and Division 3 colleges and universities. “Fredens represents this college in the way that all student athletes should. He is the model person–great character, ready to help at any moment–and he represents the College in a manner that is professional, yet still has the energy of a young man.”

Fredens Deneus signs a letter of intent to play for the NCAA Division I Alabama State University Hornets @asuhornetnation pic.twitter.com/Mwcj28UdpT