On Thursday, March 30, 2017, BHCC faculty and staff gathered for Spring 2017 Professional Development Day. Organizers of the event took a non-traditional approach to engaging the BHCC community in reimagining the College’s General Education Program through participation in decentralized, collaborative and participant-centered activities and discussions. 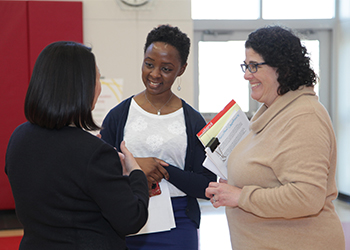 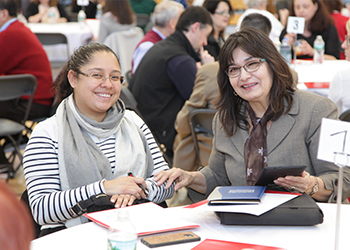 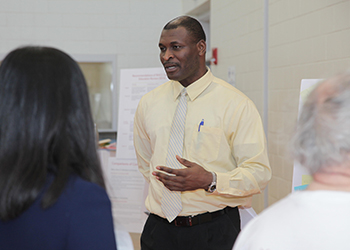 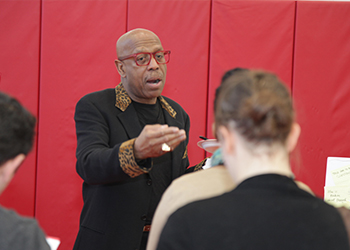 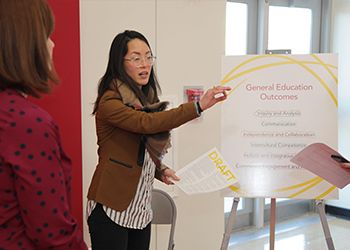 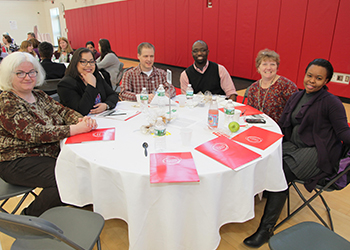 Throughout the day, faculty and staff familiarized themselves with the work of the General Education Revision Team over the past two years through small table discussions and a tour of six General Education Reform ‘exhibits’. Beginning with the current General Education Program, the tour included data points and major milestones in the program’s revision process, and outlined important connections between the program and other major initiatives of the College.
A series of breakout sessions followed the tour to dig deeper into the current draft of proposed outcomes of General Education: Inquiry & Analysis; Communication; Independence & Collaboration; Intercultural Competence; Holistic & Integrative Learning; and Community Engagement and Advocacy.

A series of Listening Sessions are scheduled throughout April to allow the college community to continue its participation in the revision process. Each session will include in-depth discussion into one of the proposed outcomes, offering faculty and staff members the opportunity to contribute their thoughts and feedback.