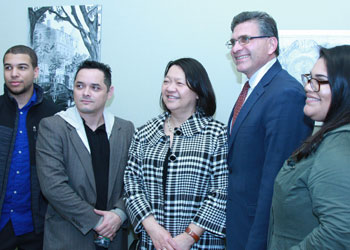 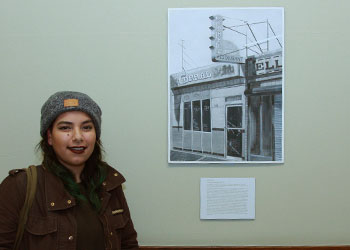 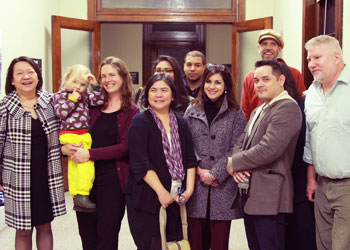 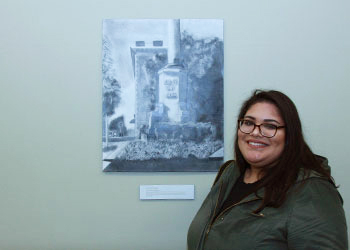 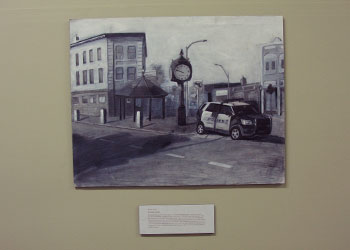 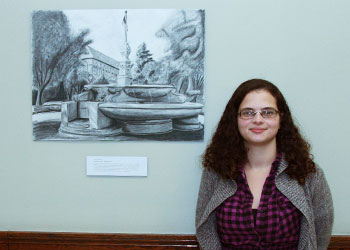 Students of Professor Julio Flores were assigned a project on location in Chelsea, MA. Students were tasked with creating an image that represented the culture and environment of the city. The drawings referenced areas around or near Broadway Street in Chelsea. Through this project, students gained some insight into Chelsea’s history as well as the city’s Latino population and psyche. The exhibit is an integral piece of the proposal for the College’s Latino Student Success Institute, intended to integrate the Chelsea Community into the coursework of a BHCC course.

Rich Cuthie from the Chelsea Chamber of Commerce and Jose Iraheta from Chelsea nonprofit organization The Neighborhood Developers served as facilitators as well as sources of information for the creation, implementation and development of the exhibit.

The exhibit will be on display at Chelsea City Hall until early January 2017.