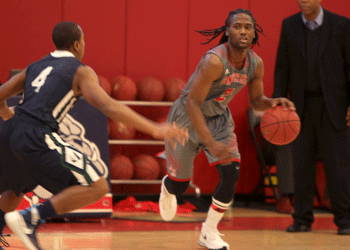 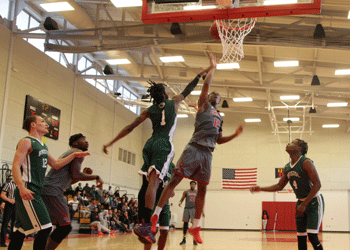 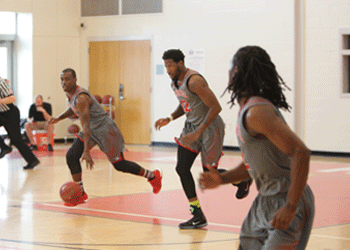 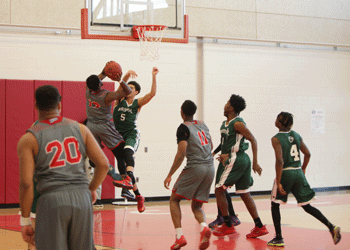 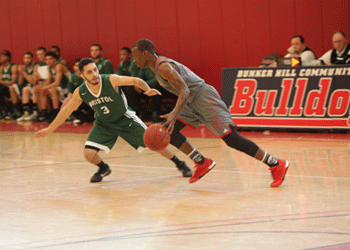 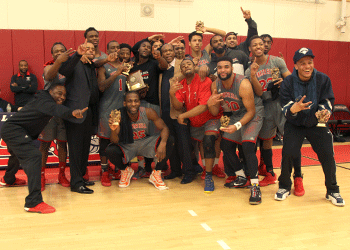 ‌BHCC Men’s Basketball players David Stewart and Elijah Rogers made the all-region team, as did Fredens Deneus, whose impressive credentials made him a candidate for the NJCAA All-American team as well. Deneus ranks second in the U.S. in field goals and seventh in rebounds.

“This year’s win is the first post-season title for the Bulldogs since 2005,” said an ecstatic Nkrumah Jones, an alumnus of both BHCC and the Men’s Basketball team, who is now in his fifth year as Men’s Basketball coach at the College. “We were in first place the whole season, and remain confident in our ability to continue our dominance,” Jones said.

Winning the title will draw more recruits to BHCC, Jones added.  He pointed out that, in a season of firsts, the MCCAC title was the first basketball championship to be won in the College’s own gym. The gym is part of the College’s newest structure, a LEED-Gold building that went up just six years ago.

The Men’s Basketball team’s record is currently 23 wins and seven losses, and the team’s success has drawn enthusiastic crowds to the games.  “Our gym has been packed all season,” he said. Jones added, with evident pride, that in addition to the team’s other victories, “they’ve had a very solid academic year, making the team members true student athletes striving for success.”

The Men’s Basketball team will compete the weekend of February 25-27 in the Region 21 tournament hosted by Springfield Technical Community College, with the winner moving on to the NJCAA National Basketball Championship March 12-23, 2016, at Sullivan County Community College in Loch Sheldrake, NY.  For more information about the Bulldogs, visit bhcc.edu/athletics/mensbasketball.