No Actual Cupcakes but Lots of Entrepreneurial Advice

Students streamed into the BHCC Auditorium on March 22, 2016, to see 33-year-old entrepreneur Johnny Earle, a.k.a. Johnny Cupcakes, taking selfies with fans in the audience. Meanwhile, Cupcake team members were handing out promotional items at the door. The self-taught businessman, it turns out, had some sound advice for Bunker Hill students, as he presented his success story, and got laughs from the audience. The BHCC Student Government Association had made a wise choice in bringing him to campus. 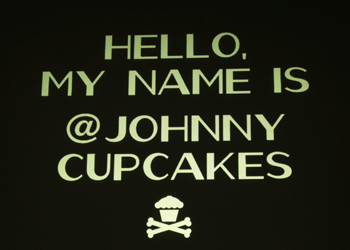 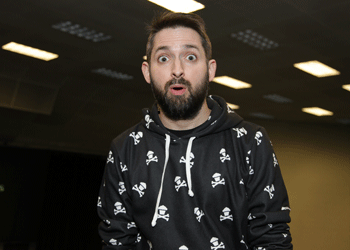 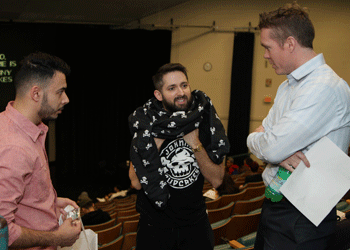 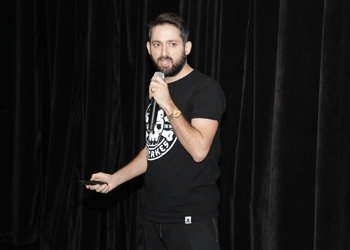 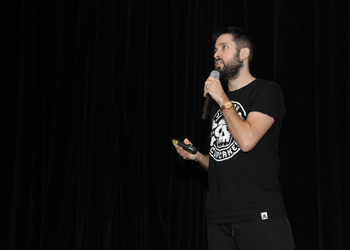 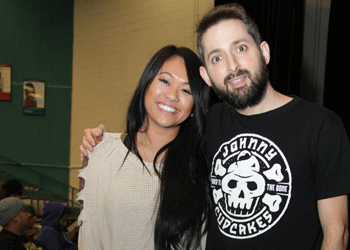 Earle has been featured in Forbes and Wired. He was voted the number one young entrepreneur by Business Week, and his company ranks as one of Inc. Magazine’s 5,000 fastest-growing businesses.

The t-shirt mogul grew up in Hull, Massachusetts. By the age of sixteen he had already founded 16 businesses, including lemonade stands, yard sales and snow shoveling. “Not-so-great jobs are a stepping stone,” he told students. “Don’t burn bridges.”

He told the students that when his parents sent him to a charter school on account of his learning disability, he took the opportunity to intern with a t-shirt printer. The job led ultimately to the creation of Earle’s $1M exclusive brand of t-shirts, which reference pop culture. (Despite his name, and to the disappointment of some audience members, no cupcakes have been involved.) He started out selling shirts from the trunk of his car, and by age 19 was selling them at exclusive retail locations including Boston’s Newbury Street.

Earle imparted a few secrets to his success. He hasn’t been afraid to fail and learn from his failures, he said; he makes customers feel as though it’s their birthday when they buy his products; he incorporates humor in his daily life; and he routinely asks people out for coffee to find out why they have been successful.

The energetic self-promoter left the audience with plenty of positive motivation. “Look around,” he said. “I bet right here in this room are 10 people you can collaborate with and do something great.”