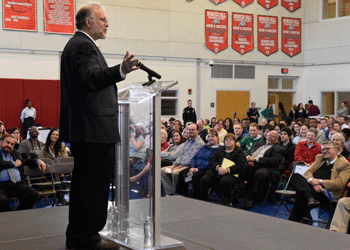 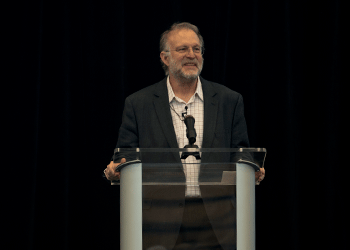 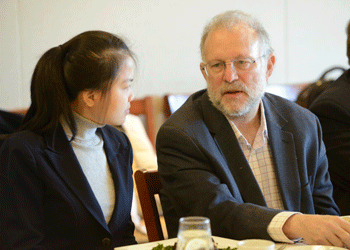 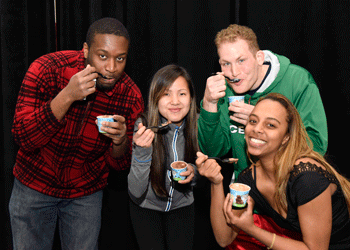 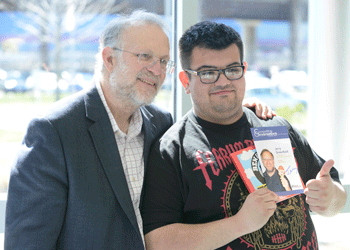 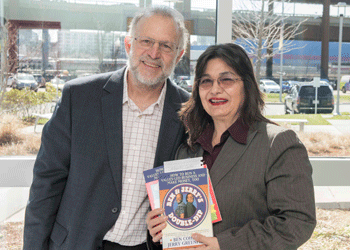 “The real power of any business is in how it conducts its operations,” said Greenfield, who told the audience the story of Ben & Jerry’s Homemade from its uncertain start in a renovated gas station in Burlington, Vermont, in 1978 to the $300 million ice cream empire it has become today. Along the way, the company learned how to integrate social and environmental values into its business model, Greenfield explained. The business today is known for its commitment to social responsibility and creative management.

Before his talk Greenfield visited with students from Introduction to Business and Organizational Behavior/Design classes as well as members of the College’s Entrepreneur and Sustainability Clubs. The students peppered him with questions about combining idealism with successful business practices and the effect on a socially responsible company of going public and being absorbed by a large corporation. Greenfield provided straightforward answers and complimented the students on getting quickly to the fundamental questions. Greenfield also  enjoyed lunch prepared by BHCC Culinary Arts students.

Greenfield grew up on Long Island and attended Oberlin College. With Ben Cohen, he co-authored the best-seller Ben & Jerry’s Double-Dip: Lead with Your Values and Make Money. The two have won the Council on Economic Priorities Corporate Giving Award and have been honored as U.S. Small Business Persons of the Year by the U.S. Small Business Administration.