Twelve international students have arrived at Bunker Hill Community College (BHCC) as part of the Community College Initiative Program (CCIP). A program of the U.S. State Department, CCIP provides participants with quality educational study at U.S. community colleges. The program is designed to build technical skills, enhance leadership capabilities and strengthen English language proficiency. Since 2013, 35 students, who have completed more than 2,800 hours of volunteer service, have participated through BHCC, one of 17 host campuses. CCIP participants, especially women, are recruited from underserved and under-represented communities. 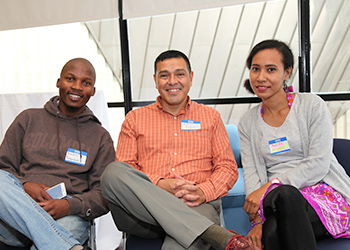 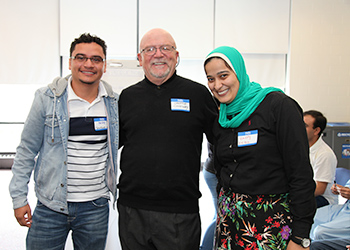 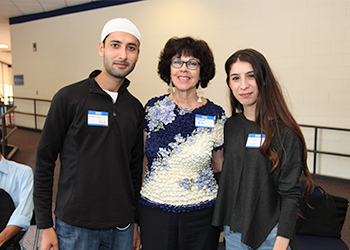 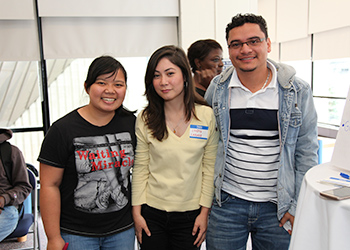 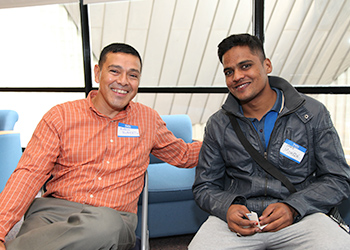 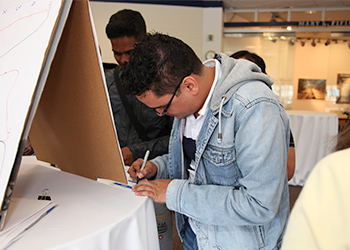 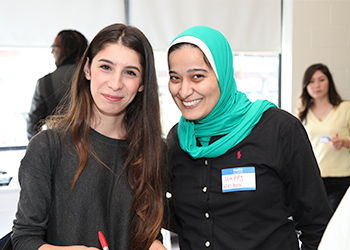 “The students bring fresh perspectives and diverse cultural traditions to campus. They make an important contribution to our students’ understanding of the larger world,” said Vilma Tafawa, Executive Director of BHCC’s International Center. According to the 2012-2013 Open Doors Report, only 1 percent of U.S. community college students will gain 21st-century international experience and workforce skills through study abroad.

On September 11, the group was welcomed with a reception in the A300 Lobby. The visitors, from Colombia, Egypt, India, Indonesia, Pakistan, South Africa and Turkey, will spend the year taking classes, meeting members of the Boston community and gaining practical experience through internships. “The CCIP was the beginning of an exchange of ideas that will continue throughout my life,” said Surya Madhala, a 2013-2014 participant from India.

The students will complete one-year certificates in areas ranging from Early Childhood Education and Energy and Sustainability Management to Entrepreneurship and Fire and Emergency Management—fields designed to help them contribute to the economic growth and development of their countries when they return home. For further information, contact the Bureau of Educational and Cultural Affairs at eca-press@state.gov.