Boston’s record snowfall this year did not deter the College from celebrating Black History Month in February, with a lecture on Black Books, a performance, an art exhibit and several related events. 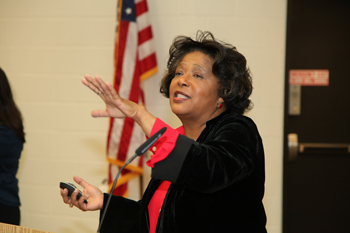 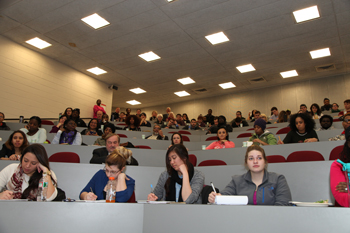 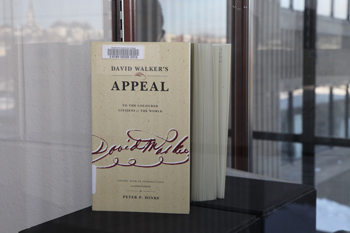 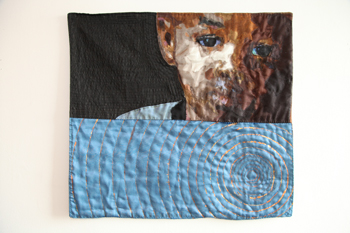 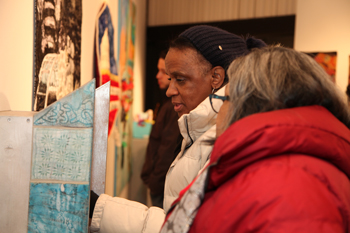 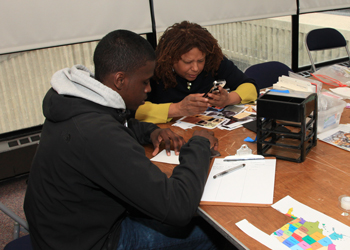 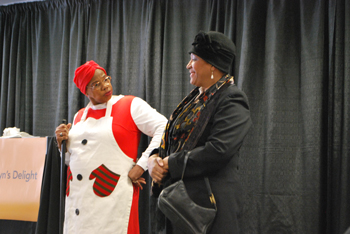 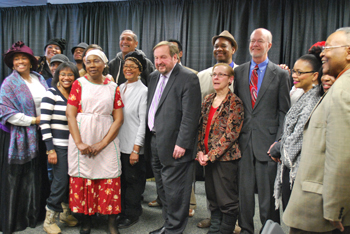 Executive Director of the Museum of African American History Beverly Morgan-Welch spoke February 12 about pioneering works of 18th and 19th century black authors in conjunction with the Museum’s exhibit Freedom Rising: Reading, Writing and Publishing Black Books. Morgan-Welch told the audience about a book of poems published in 1773 by an enslaved Boston woman,  David Walker's stirring 1829 Appeal to the Colored Citizens of the World, and many more early works. Several books in the Museum’s collection were on display at BHCC for the month of February.

“In Sight: ETERNALLY HERE, Landscapes of Freedom,” an exhibit of fiber and mixed-media works by award-winning visual and performance artist L’Merchie Frazier, opened in the Mary L. Fifield Art Gallery on February 17, and will run through March 27. Frazier’s art has been included in the permanent collections of the Smithsonian Institution, The White House, and the American Museum of Art and Design. The Gallery hosted an evening of poetry and a collage workshop led by Frazier, who is a member of the Museum administration and also lectures at BHCC as part of a course called Freedom Rising.

On February 19, at the Chelsea Campus, actors from the Oscar Micheaux Family Theater Program performed “Our History Is No Mystery.” They revisited figures and moments from African American history and portrayed Harlem Renaissance poet Langston Hughes reading his poem “Mother to Son.” Some may recall Compelling Conversations speaker Danny Glover, who also brought to life the work of Langston Hughes, in his 2013 performance at BHCC.

Pictured above: Beverly Morgan-Welch speaks about Black Books to an attentive audience; David Walker's 1829 Appeal to the Colored Citizens of the World, from the Black Books display at BHCC;“Children = Hope,” a portrait by L’Merchie Frazier; visitors enjoying “In Sight: ETERNALLY HERE, Landscapes of Freedom;” Art Gallery Intern Divine Jackson and Frazier work on a collage; actors from the Oscar Micheaux Family Theater Program perform “Our History Is No Mystery” at BHCC’s Chelsea Campus; the troupe poses with BHCC executive leadership.