Cultural anthropologist, filmmaker, explorer and environmentalist Elizabeth Lindsey spoke as part of BHCC’s celebration of Women’s History Month. As the National Geographic Society’s first Polynesian explorer, Lindsey circumnavigates the globe four times a year documenting cultures in danger of extinction. She is a recognized expert in the field of cultural intelligence, which she defines as a holistic system of knowledge and wisdom based on indigenous science. 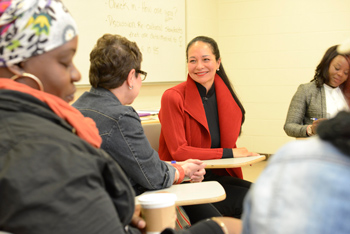 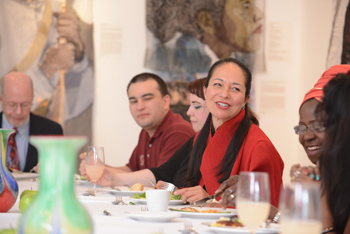 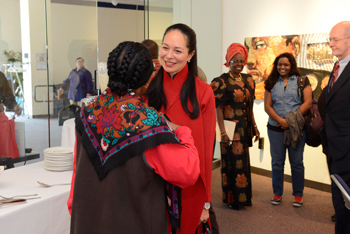 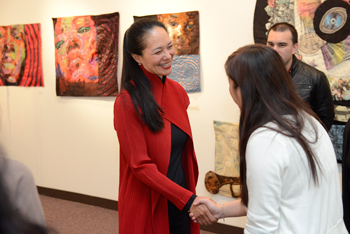 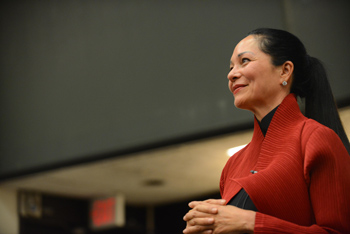 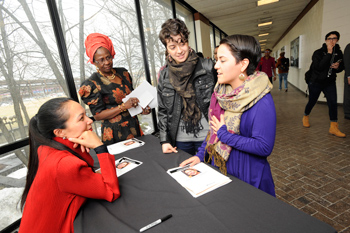 Lindsey shared tales of her explorations in remote places, including a visit to an island in Micronesia “no bigger than an American shopping mall,” where the inhabitants lived without the mixed benefits of mirrors. During her visit to the island she interviewed the islanders and directed a National Geographic documentary.

In addition to her work with National Geographic, Lindsey is the CEO of Mapping the Human Story. The company, which she founded, aims to capture the wisdom of elders across cultures to create a dynamic cultural repository. Her 1996 CINE Eagle Award-winning documentary “Then There Were None,” documents the effects of colonization on the Hawaiian people.

Lindsey was born on a sugarcane plantation in Hawaii and raised by female tribal elders. In 2004 Hawaii named Lindsey Woman of the Year. In 2010 she received the Visionary Award from the United Nations for her contributions to intercultural engagement and understanding. She serves on the boards of the Tibet Fund for His Holiness the Dalai Lama and Islands First, a non-governmental organization addressing climate change in island countries.