Bunker Hill Community College (BHCC) student Quan Nguyen was one of the 29 graduates of Massachusetts public colleges and universities honored at the State House on May 8. Secretary of Education Matthew Malone, Senate Chair of the Joint Committee on Higher Education Michael O. Moore, and Commissioner of the Massachusetts Department of Higher Education Richard Freeland attended the “29 Who Shine” ceremony 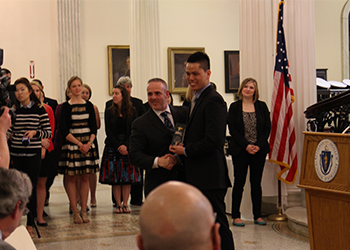 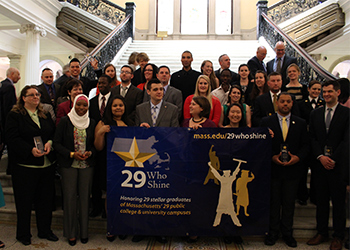 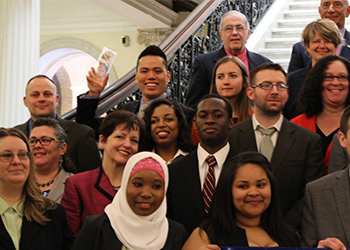 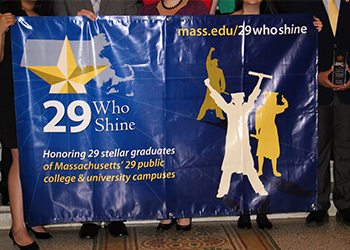 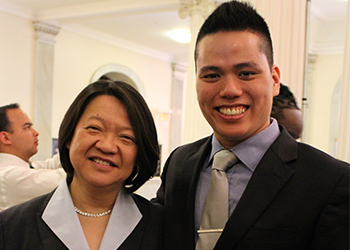 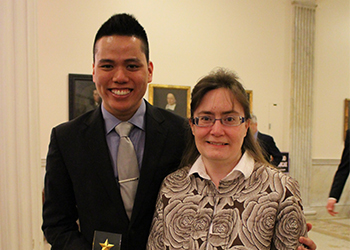 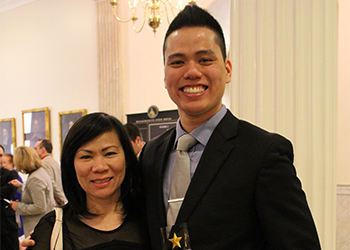 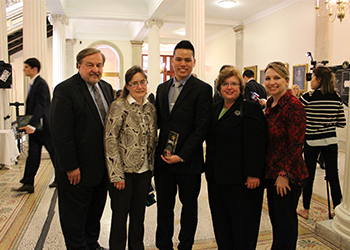 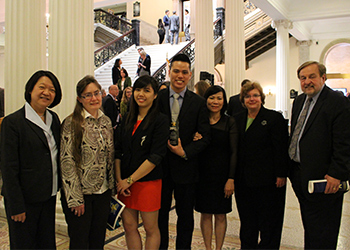 Dr. James Canniff, Vice President of Academic Affairs and Student Services at BHCC, said, “We are proud that Quan has earned statewide recognition for his academic achievements and his remarkable contributions to the College and the wider community.”

Nguyen was chosen for his academic success, leadership and service to the field of health and medicine. A biomedical engineering student, Nguyen plans to attend the Massachusetts Institute of Technology after graduating from BHCC. His goal is to be a cancer researcher.

Nguyen is a member of the Commonwealth Honors Program and the Phi Theta Kappa Honor Society. He is a vice president of the Student Government Association and a mentor to other first-generation college students at the College. Nguyen has donated more than 200 hours of service as a Patient Transport Ambassador at Carney Hospital, where he has also provided translation services to members of the Vietnamese community.

The event also honored mentors named by the 29 students for their guidance and support. Nguyen selected Dr. JoDe M. Lavine, Assistant Professor in the BHCC Science and Engineering Department. “JoDe Lavine’s support has helped me overcome my fears and realize my dreams,” said Nguyen.