Best known for television roles on Law & Order and Oz, actor B.D. Wong spoke on April 10, 2014, as part of BHCC’s Compelling Conversations series. Wong told the audience that his great-grandparents were the first members of his family to arrive in this country. He wanted to be a performer from an early age but was hampered by Asian-American cultural stereotypes. 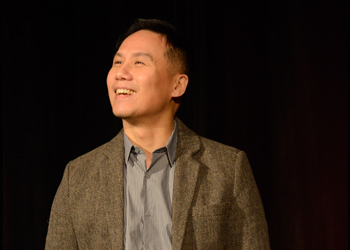 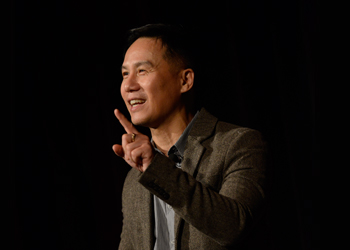 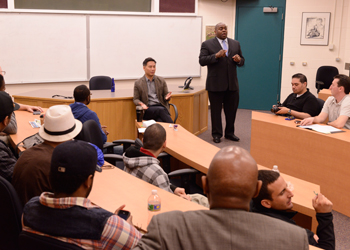 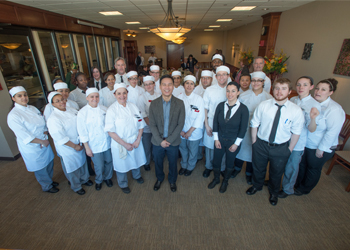 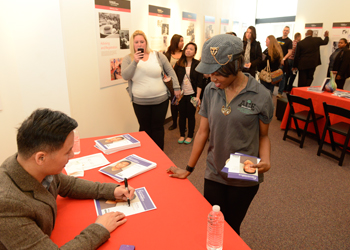 Seeing Asians depicted in negative ways on television and in film, Wong said, “I didn’t want to be those things.” Fortunately, high school drama teacher Zora Chanes “cast shows without regard to race.” She gave him the courage to try out for his first play, Guys and Dolls, he said.

A move to Los Angeles brought a rehash of stereotypical bit parts, from “surly Asian waiter” to “Chinatown teenage gang member,” said Wong, who has contended with a lifelong feeling of duality as both a Chinese-American and a member of the LGBT community.

Doors opened in 1988, when Wong was cast in M. Butterfly. It was the first time he read a part for an Asian-American actor, in a play written by a Chinese-American (Henry Hwang). Wong’s performance earned numerous accolades.  He became the only actor to date to win the Tony Award, the Drama Desk Award, the Outer Critics Circle Award, the Clarence Derwent Award and the Theatre World Award for the same role.

Following this success, Wong launched both his speaking and his parenting careers. Letters he wrote when his son, now 13, was born prematurely became the memoir Following Foo: The Electronic Adventures of the Chestnut Man. The book tour occasioned his coming out, said Wong. “I became comfortable and confident with being gay.”

When a student in the audience asked for advice for aspiring Asian-American actors, Wong said, “Quit if you don’t feel comfortable... There are other parts. The world needs more Asian-American artists to solidify our stature.”

The talk ended in a moving tribute to his audience by Wong, who had met with students in a class and at a luncheon earlier in the day. “BHCC is filled with the undeniable energy of people bettering themselves,” he said. “I applaud you for pulling yourself up the mountain. Don’t give up.”