Bunker Hill Community College is proud to announce its recipients of the annual National Institute of Staff and Organizational Development (NISOD) Excellence Awards. The awards recognize men and women each year who have demonstrated an outstanding commitment and contribution to their students and colleagues. 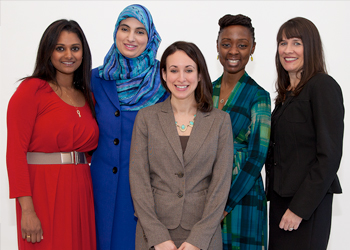 Excellence Award recipients will be celebrated during NISOD’s annual International Conference on Teaching and Leadership Excellence, May 25-28, in Austin, Texas. The event, launched in 1989, has become the nation’s largest annual gathering to honor the contributions and achievements of community and technical college faculty, administrators and staff.

“Recognizing those individuals who have contributed to student success and their college’s mission is something we look forward to doing each year,” said Dr. Edward J. Leach, NISOD’s director. “The extraordinary work of these men and women includes not only what they do for their students and colleagues, but what they do for the communities in which they live and work. We’re honored to be able to play a part in celebrating their achievements.”