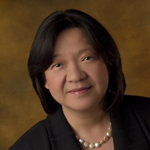 ‌Eddinger assumes the presidency on July 1, 2013, as Mary L. Fifield retires after more than 16 years at the helm of BHCC. Eddinger received the unanimous recommendation of the BHCC Board of Trustees on April 22 and then received unanimous approval by the Massachusetts Board of Higher Education on April 30.

In accepting the vote of the Board of Higher Education, Eddinger said, “I thank Bunker Hill Community College, the BHCC Board of Trustees, Commissioner Freeland and the Board of Higher Education for their confidence.  I am looking forward to serving with the Bunker Hill Community College faculty and staff. We will add to the firm foundation built by Dr. Fifield to create an oasis of higher education for our students.”

Chair of the BHCC Board of Trustees Marita Rivero said, “We found in Dr. Eddinger someone who met all of our requirements for experience, commitment and values—and who understands the kind of infrastructure Mary Fifield has built here. You don’t go forward unless you are standing on something strong.”

“I’m excited that Dr. Pam Eddinger is coming back to Massachusetts to assume the leadership of Bunker Hill Community College,” said Richard M. Freeland, Massachusetts Commissioner of Higher Education. “Dr. Eddinger has compiled a distinguished record of academic leadership both here in the Commonwealth and more recently in California.”

In her comments following the vote, Eddinger mentioned several BHCC programs and initiatives which she regarded as key to the success of community college students.  She has served community colleges since 1993 in a number of leadership areas, including institutional advancement, academic affairs, student services and marketing relations.

From 2002 to 2005, she served as an administrator at MassBay Community College, first as vice president of academic affairs and dean of the faculty (2002-2004), then as executive vice president (2004-2005). At MassBay, she successfully led the college’s 10-year accreditation self-study, chaired the college’s strategic planning committee, and secured a $2 million legislative earmark for capital improvement. She reorganized the college’s three academic institutes, raised enrollment in the division of continuing education by 13 percent, increased revenue by $2 million, and expanded the automotive technology center with partners GM Motors, Daimler Chrysler, Toyota and BMW.

In 2005, she began her tenure at Moorpark College, a 15,000-student, comprehensive community college, serving as executive vice president from 2005 to 2008, before being tapped to serve as college president. Eddinger proved to be a leader in institutional effectiveness and long-term planning and strategy. At Moorpark, she led the college’s development of the 2009-2019 educational master plan as well as other planning initiatives. She spearheaded the identification of core academic curricula, launched a web-based student planning and development initiative, guided expansion of distance learning, and committed sustainable resources for the creation of a student success center.

Eddinger immigrated to the United States from Hong Kong at the age of 11 and grew up in Miami, Florida. She received her bachelor’s degree in English from Barnard College in New York City, and earned both her master’s degree and doctorate in Modern Japanese Literature at Columbia University.