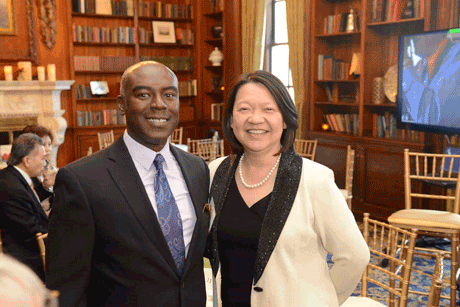 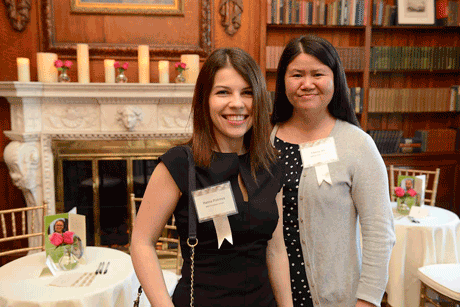 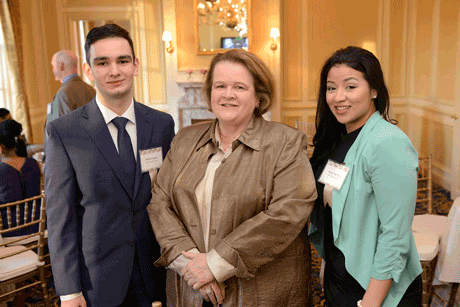 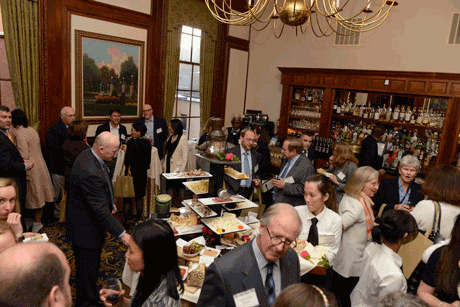 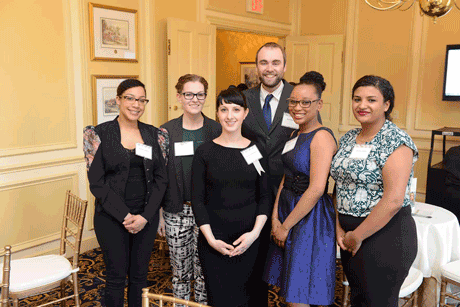 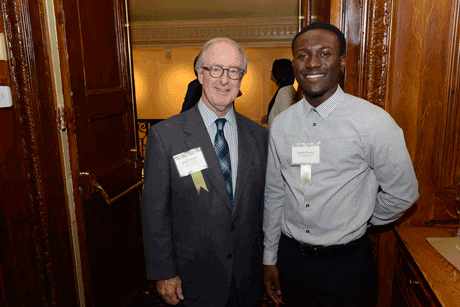 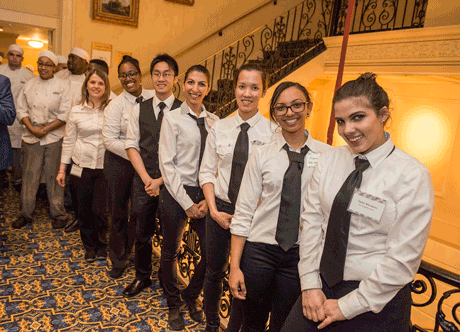 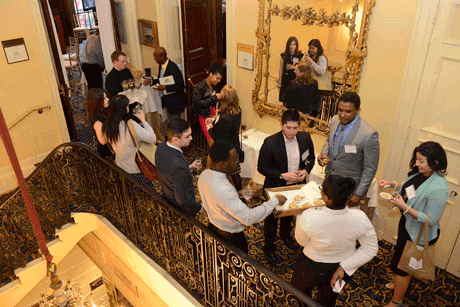 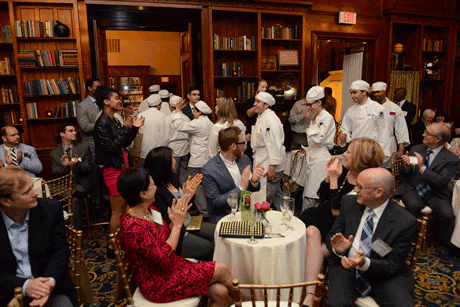 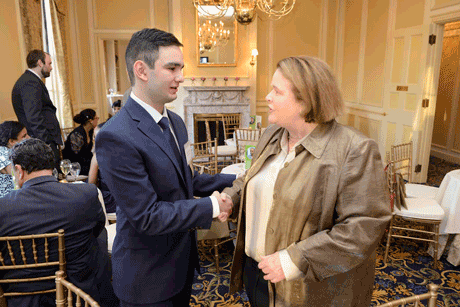 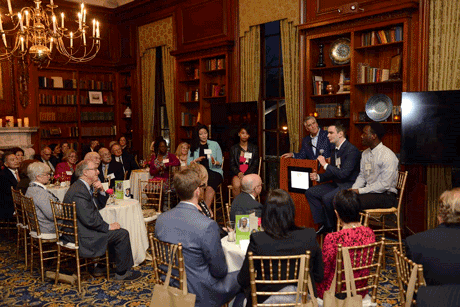 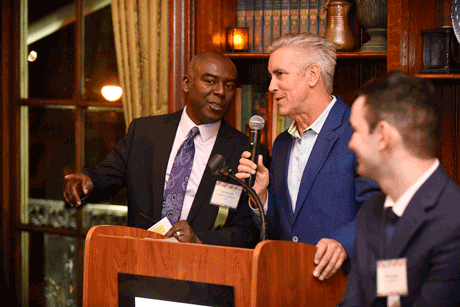 The Bunker Hill Community College Foundation held its annual gala on April 27, 2016.  In celebration of the Pearl Anniversary of the Foundation, the gala theme was “Cultivating Student Success for 30 Years.” Students and their accomplishments were highlighted throughout the evening, beginning with a short video of recipients of gala-funded scholarships who are graduating from BHCC in 2016.

For the first time ever, the gala had a Presenting Sponsor in The TJX Companies, which generously donated $50,000 to help meet the financial needs of BHCC students.  The gala was again hosted by Tom Kershaw, President of The Hampshire House Corporation, at the beautiful and historic Hampshire House in downtown Boston.  Honorary Chairs this year included: The Honorable Elizabeth Warren, United States Senator; The Honorable Edward Markey, United States Senator; and The Honorable Martin Walsh, Mayor of Boston.

As always, the students were the stars of the evening.  BHCC Culinary Arts students prepared and served a delicious selection of food.  They were welcomed with thunderous applause when they were introduced to the guests.

The evening’s program also featured eight students who are graduating this year and whose scholarships – ranging from $5,000 – 10,000 - were funded by donations from galas held in 2014 and 2015.  Students were interviewed by Billy Costa, radio and TV personality of NESN, KISS 108, and WGBH.  They told about the challenges they had overcome and their dreams for the future.  They also talked about the impact of the scholarships on their lives.  To a person, they said that having the financial support of the scholarship enabled them to graduate earlier than they otherwise would have been able to afford.

The need for scholarships at BHCC is great.  Despite government grants and loans, the average unmet financial need of BHCC students is nearly $5,000. Thanks to the generosity of gala patrons, the Foundation has been able to award nearly $350,000 in scholarships over the past two years. The Board of Directors of the Bunker Hill Community College Foundation, as well as the Foundation’s scholarship recipients, would like to thank all those who helped to make the 2016 gala the most successful ever.  Together we raised more than $222,000 which will enable the Foundation to continue to cultivate student success for many years to come.

This year marks the 30th – or pearl – anniversary of the Foundation.

Over the centuries, pearls have been cultivated for their unique beauty and have come to symbolize things considered rare, admirable and valuable – characteristics that also describe the students of Bunker Hill Community College. In honor of the BHCC Foundation’s 30th year, funds raised through the gala will provide scholarship and other academic financial assistance to BHCC students, cultivating their success for many years to come.

View a recap and photos of the 25th Annual Gala of the Bunker Hill Community College Foundation.

In Their Own Words