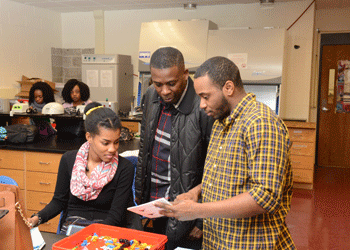 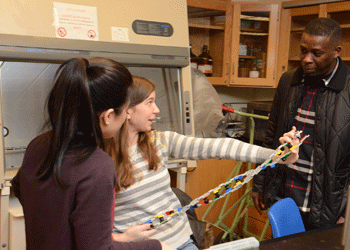 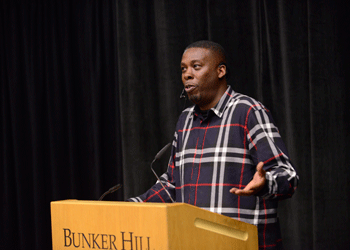 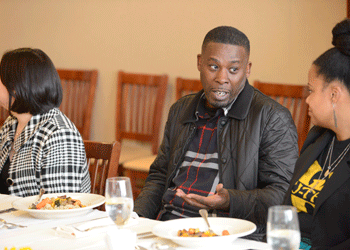 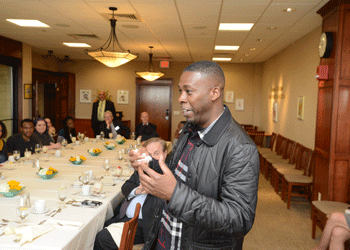 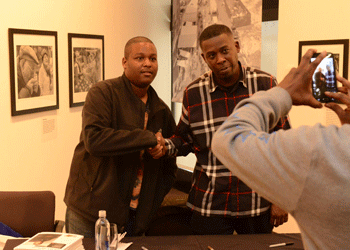 “You can use the scientific method to approach any challenge,” GZA told the audience. “You try something, you experiment, and you draw a conclusion.” He described himself as a science enthusiast—not a scientist—and recommended science as a way of understanding oneself. “Everything is connected,” he said, pointing out that sound is vibration and every being emits vibrational music. His forthcoming album, “Dark Matter,” brings science and music together. “Maybe it will influence the gravitational direction of hip hop,” he joked.

GZA, who rapped several scientific concepts along with his story of growing up in New York and developing an early interest in science, drew an enthusiastic response from the audience.  Students peppered him with questions and then stood in a lengthy line to get his autograph.

Earlier in the day the hip hop celebrity visited Dr. Belinda Kadambi’s Introduction to Biotechnology class and chatted with students about DNA models they were constructing. He also attended a luncheon with students and others prepared by Culinary Arts majors in the College’s dining room.

The Science Genius program grew out of GZA’s collaboration with Dr. Chris Emdin of Columbia University’s Teachers College. As part of the Science Genius B.A.T.T.L.E.S. initiative, GZA  visits high schools, where students battle each other with science raps they write.

GZA’s day-long visit was the centerpiece of eight events at BHCC in February celebrating Black History Month. For the full roster, visit bhcc.edu/bhm.